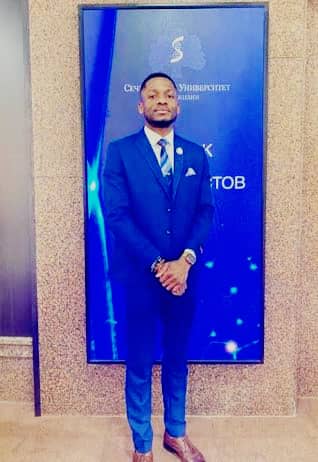 Anambra State government has congratulated two indigenes of the state for bringing international attention to Nigeria in the last three days for professional and academic excellence.

In a statement in Awka today, the government praised Mr Patrick Okigbo III, founder of Nextier, a consulting firm in Abuja, who has just been named one of the 12 professionals selected worldwide to serve for one year as Senior Fellows at John Kennedy School of Government at Harvard University, and Dr Chidubem Obi, who has emerged the best overall student in Russia’s oldest and most prestigious medical school.

The statement signed by the State Commissioner for Information and Public Enlightenment, C-Don Adinuba said by winning the 2020 Harvard Senior Fellowship, Okigbo, a member of the Anambra State Vision 2070 set up to develop a strategic plan to make the state a fully developed place within 50 years, is clearly stepping into the shoes of transformational leaders like Lee Kuan Yew, who led Singapore’s legendary leapfrogging from the status of a typical Third World country in 1965 to a fully developed one in just 30 years.

The statement read in part; “The people and government of Anambra State felicitate with these worthy ambassadors and their families, as their prodigious achievements align with the vision of the state administration to make Anambra State and its people synonymous with international competitiveness and excellence.”

Okigbo who hails from Ojoto in Idemili South Local Government Area, is from the same family as Dr Pius Okigbo, Africa’s most decorated economist; Christopher Okigbo, regarded by top literary scholars like Professor Michael JC Echeruo as the most verbally exciting African poet writing in English.

Patrick Okigbo III attended the University of Nigeria at Nsukka, Emory University in Atlanta, Georgia, in the United States and the London School of Economics.

“As for Dr Obi, who is from Ifitedunu in Dunukofia Local Government Area,” said Commissioner Adinuba, “we are delighted that he did not just emerge the best medical student in a university established since 1758, but also scored a grade point of 5.0, the first time an African has earned the highest point possible in the school.

“Truly, the Anambra brand of excellence in all ramifications is emerging faster than some people may realize,” the statement concluded.