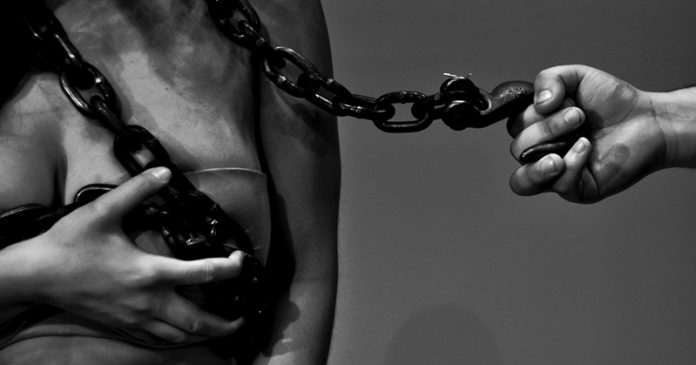 Twenty organisations are joining forces in a new Anti-Trafficking Task Force (ATTF) in humanitarian action in a bid to better respond to trafficking in persons in Borno State, the North-East axis of Nigeria, where 7.1 million people need humanitarian assistance.

The Task Force will advocate for the inclusion of anti-trafficking measures in the regional humanitarian response and will operate under the Protection Sector Working Group (PSWG).

Humanitarian actors face many obstacles in uncovering violations, identifying victims and quantifying the overall scale of Trafficking in Persons (TiP).

Victims of trafficking rarely self-identify or self-report, for fear of stigmatization or lack of access to reporting mechanisms. A fear of repercussions also often deters people who witness trafficking.

The ongoing conflict and displacement exacerbate the risk of trafficking, especially for female and child-headed households, unaccompanied and separated children and youth. These groups are at high risk of gender-based violence, abduction and recruitment in armed groups.

More than 130,000 people have been displaced in the North-East since January 2019, increasing the population of already stretched camps. As thousands of people lack shelter, they are forced to sleep in the open air in overcrowded camps which further increases their vulnerability to protection risks and exploitation.

The IOM Nigeria Counter-Trafficking Project Officer, Memory Mwale, said while reiterating the Organisation’s commitment to tackling this issue alongside the government of Nigeria, ‘’prevention and response to trafficking in persons are frequently overlooked or not addressed in a comprehensive manner in humanitarian settings. Anti-trafficking measures save lives and should be incorporated in all interventions in areas of conflict.’’

The ATTF will be co-chaired by the National Agency for Prohibition of Trafficking in Persons (NAPTIP) and the Ministry of Women’s Affairs and Social Development. Its 20 member organisations include government, UN agencies, international NGOs and civil society.

IOM has a long-standing cooperation with the Borno State Government in the response to combat TiP.

The IOM Counter-Trafficking Unit strengthens the capacity of stakeholders to provide protection and assistance to identified victims as well as to mitigate and prevent trafficking through raising awareness and mainstreaming anti-trafficking measures into humanitarian interventions.

IOM interventions in this area ensure that victims can access essential services including shelter, mental health and psycho social support, among others. Victims of trafficking are also provided with small-scale livelihood support to rebuild their lives and provide a means of subsistence for their families.

The Zonal Commander for NAPTIP in the North-East, Mafa Mitika,  said at the first meeting of the Task Force, ‘’the ATTF will foster a collaborative and multi-sectoral effort among the Borno state government institutions, civil society organisations, international NGOs, the relevant UN agencies and affected populations to work together to provide comprehensive services to identify victims of trafficking and respond effectively to trafficking in persons.’’