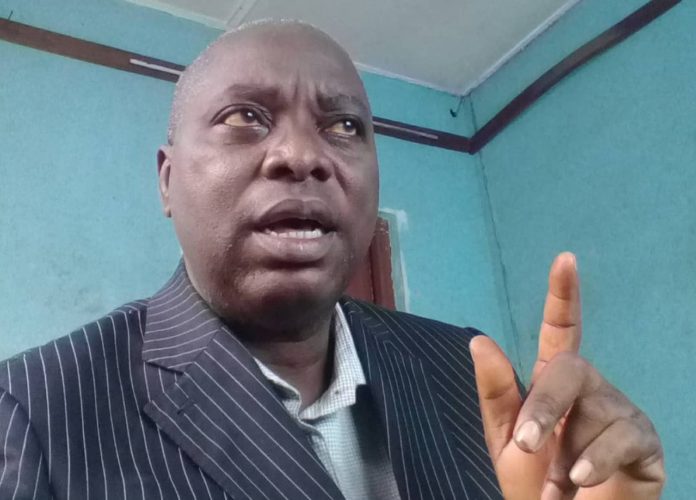 National Coordinator of Concerned Advocates for Good Governance, Olusegun Bamgbose, has said that he sees the presidential candidate of the Peoples Democratic Party in the 2019 general elections, Alhaji Atiku Abubakar, returning to the All Progressives Congress ahead of 2023.

Bamgbose stated this in a chat with newsmen, adding that though this may sound absurd and incredible to many, it will come to pass.

In his words, “As we draw closer to 2023 Presidential race and politicians are busy strategising on how to be relevant, I foresee Atiku defecting back to APC.

“This may seem absurd and incredible, but it will come to pass. This, however, is conditioned on APC not splitting before the end of 2021.

“The ignoble sack of Oshiomhole, by the power brokers in APC, has, in fact, signalled new dawn in APC. Other things being equal, APC is getting set to zone its presidential slot to the North.

“This is what will ultimately entice Atiku to return back to APC. One does not need a prophet to tell us that Tinubu’s presidential ambition has hit the rock.

“The Northern oligarchy won’t back him come 2023. The North hardly backed a multi-billionaire to become President of Nigeria.

“Their belief is always that, what else do you want? In 1979, Shagari was not a billionaire.

“He was a teacher, but he became the first Executive President of the Federal Republic of Nigeria. He ruled from 1979 – 1983 before he was overthrown by Buhari.

“In 1993 M. K. O. Abiola was a multi-billionaire, he contested, possibly won but the power brokers rejected him. In 1999, Olusegun Obasanjo was favored.

“As at the time he contested, he was not a multi-billionaire. The power broker supported him. I’ll skip Jonathan for obvious reasons.

“In 2015, Buhari was not a billionaire yet he defeated Jonathan. I seriously doubt if the North will want Tinubu as President.

“Atiku has failed several times because of the same reason. I’ll advise Atiku and Tinubu to forget contesting 2023 Presidential elections because it’ll be an effort in futility.”