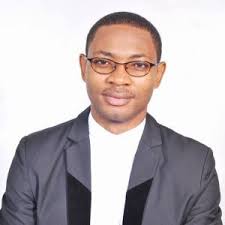 Seeing that many people are basking in unfounded conspiracies that do nothing but empty people’s lives of meaning, purpose and joy, I am impelled to say something about the one world religion/government conspiracy theory. In doing so, I hope that people who can think deeper will be inclined to pay little or no attention to much of today’s talk about one-world religion, one-world government, and the pope’s role in them all.

Three religions are called Abrahamic Religions, namely: Judaism, Christianity, and Islam. In each of them, there is a strong sense that world history is moving toward a definite end. There is a strong belief that a combination of human activities and divine providence will drive history to an age where someone of great power will come from God and establish a new age of universal peace, justice and prosperity. In Judaism the expected one is called Messiah; in Christianity, he is called Jesus the Messiah, Son of God himself; and in Islam, Jesus the son of Mary will return and combine forces with one called al Mahdi to defeat the antichrist and establish a golden age.

It should not be forgotten that the ancients of all Abrahamic faiths who handed down the eschatological ideas under question are all dead and gone. Many of those who, in recent history, propagated dominant ideas about the end of the world, the dawn of the messianic age, the identity of the antichrist, and the makings of both world religion and world government with rude confidence are dead and gone. Even many of the popular candidates for the role of antichrist (popes not spared) are dead and gone. Yet, every generation, especially of Christians, spews new conspiracies about a world religion/government, naming names.

Who has forgotten that for Martin Luther and Jean Calvin, the pope of in their lifetime was dogmatically the antichrist, the Roman Catholic church the apocalyptic whore of Babylon, and Rome (the Vatican) the headquarters of all things antichrist? Again, have we forgotten the credal statement found in the original 1646 version of the Westminster Confession that states: “There is no other head of the Church but the Lord Jesus Christ. Nor can the Pope of Rome, in any sense, be head thereof; but is that Antichrist, that man of sin, and son of perdition, that exalts himself, in the Church, against Christ and all that is called God”? By the way, when American Presbyterians adopted the Westminster Standards in 1789, they changed some of the credal statements, even deleting this reference to the Pope as the antichrist.

So far, history has not been kind to people who were so sure of the identity of the antichrist. Don’t place yourself in a position where history will work in your disfavour likewise.

Be sure that Jesus will come for you, but that will most likely be when you die. His Second Coming is sure to happen, but it should be no cause for fear, falsehood and conspiracy peddling. He has been coming for us again and again. Be ready at all times and leave conspiracy theories alone.