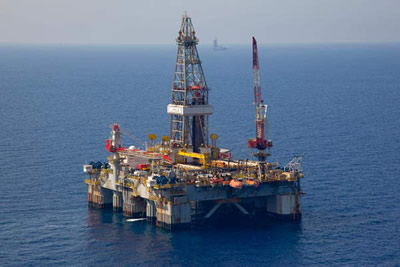 There is a huge opportunity at the moment to distribute and share about $524 billion among the different parties in the occupied Palestinian territory (oPt) and promote peace and cooperation among old belligerents, a seeming interesting study has noted.
Those who know better say these funds could finance socioeconomic development in the region as part of the United Nations 2030 Agenda for Sustainable Development.
According to a recent study by the United Nations Conference on Trade and Development, UNCTAD study, geologists and resources economists have confirmed that the occupied Palestinian territory lies above sizeable reservoirs of oil and natural gas wealth, in Area C of the West Bank and the Mediterranean coast off the Gaza Strip.
New discoveries of natural gas in the Levant Basin are in the range of 122 trillion cubic foot while recoverable oil is estimated at 1.7 billion barrels, according to the study entitled The Economic Cost of Occupation for the Palestinian People: The Unrealized Oil and Natural Gas Potential. However, so far the Palestinian people have been prohibited from exploiting the oil and gas reserves in their own land and water to meet their energy needs and generate fiscal and export revenues.
This increases both the opportunity costs and the total costs borne by the Palestinian people as a result of occupation, the study states. In a number of UN General Assembly resolutions, UNCTAD has been asked to assess and report on the economic cost of occupation borne by the Palestinian people.
The study which focuses on oil and natural gas due to their high value and critical importance in potentially meeting basic Palestinian needs for energy, and fiscal and export revenues, identifies and assesses existing and potential Palestinian oil and natural gas reserves that could be exploited.
Also critical are the new oil and natural gas finds in the Eastern Mediterranean that Israel has begun to exploit for its own benefit, while these resources may be considered shared resources, as the oil and natural gas exist in common pools. “What could be a source of wealth and opportunities could prove disastrous if these common resources are exploited individually and exclusively, without due regard for international law and norms”, the study warns.
Israel’s exploitation of Palestinian natural resources, including oil and natural gas, imposes on the Palestinian people enormous costs that escalate as the occupation remains in effect, the study cautions. It highlights the peculiarities of oil and natural gas as non-renewable resources, arguing that current generations are not necessarily the only owners of these resources that straddle national borders and can thus be jointly owned by multiple states and generations.
It also recommends further detailed studies to clearly establish the Palestinian people’s right to their separate natural resources, as well as their rightful share in the common resources collectively owned by several neighbouring states in the region, including Israel. The study comes ahead of the release of UNCTAD’s report on its assistance to the Palestinian people, slated for this September 10.