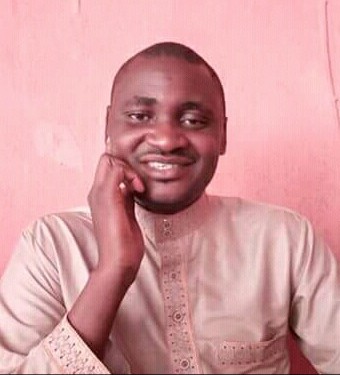 Every society must be SLEEPLESS about its future, especially, on one hand, the preparedness, possibilities, as well as the prospects of its youth as leaders of tomorrow; and on the other hand, the well being of its citizens after retirement. Though in 2009, His Excellency Matthew Hassan Kukah, had in a piece titled “Preparing for Nigeria’s Coming Power Elite”, hypothesised that: “In about half a century from now, a new brand of leaders of Nigerian descent who are now honing their political skills and tailoring their brinkmanship in some of the best schools around the globe, will return home to seize the mantle of leadership from their thieving and corrupt parents who presently run the show and who would have become too old to be involved in the physicality of election rigging”, here within the climes of Southern Kaduna, I am more worried about a foreseeable class I refer to as the Incoming Retirees.

As a corollary to His Lordship’s submissions, I foresee that unless something is quickly done, in about quarter of a century from now, our home soil shall be witnessing the influx of its sons and daughters from the cities retiring home not as ex-soldiers, civil servants or entrepreneurs, but as former house boys and girls. Like the Zionist Jews, the return of these veterans would usher us into a dispensation of conflicts in our own middle East. There will be claims and counterclaims about their ancestral land and particularly, about the ownership of some economic trees planted by their fathers as their only graduity.

We must accept in all humility that a generation of our elite has failed us. Yes, they have failed us for their inability to fortify and mentor these incoming retirees some of whom are well schooled and have their certificates, brains and skills as evidence that they equally had the credentials to have occupied the enviable positions their colleagues in other climes had occupied. What is obvious is the fact that the abysmal inaction was clearly as a result of unbridled greed, but more so that the elite didn’t think about continuity and the future.

Every year, before the completion of the Senior School Certificate Examinations, contacts and arrangements had already been made via some veteran house boys and girls in the cities on members of the privileged class who may need the services of these Southern Kaduna orphans. “But s/he must be of good character,” the employer will insist. Of course, the liason veterans will certify them as being so.

Yes, this is the state of affairs in most of our Southern Kaduna climes. What is now indisputable is the fact that unless men of conscience interfere, our future as youth will comparatively remain bleak. As a youth, whenever we compare with our colleagues in other climes, we feel devastatedly cowed down. Only recently, I attracted a friend’s attention to the very young boys and girls Governor Nasir El-Rufai is fortifying from his side and constituency. These young men and women he appointed into various positions in government are now many steps ahead of us. And it appears as if we now live side by side as children of Hutus and Tutsis respectively. What is again obvious is the fact that we are likely to be their stewards in the nearest future given their experience, skills, knowledge, wealth and connections. Little wonder we resort to the alternative of being house boys and girls to make up for the lacuna.

Now that it is very glaring that in the last five or more years, our elite has become ostracized from the kitchen of power and have now become economically lame, it will seem that Entrepreneurship is the only window through which we can sneak into the land of equality where we and our now privileged colleagues are all Tutsis. Surely, this corroborates Bishop Matthew Kukah’s point that “seventy percent of our problems in Southern Kaduna can be solved through economics – money, then on the acquisition of school certificates. No wonder, only last week, my Muslim friend said to me: “Christianity in Southern Kaduna has done a lot in the areas of Education and Healthcare, but unfortunately and unlike Islam, paid little or no attention to entrepreneurship.”

Therefore, if we are to escape the incoming retirees, the only available door, in my opinion, lies in our ability to set up a leadership development and skills acquisition centre where our youth, at all levels, can enrol for practical skills in the different aspects of entrepreneurship and agriculture so they can be economically self-reliant to avoid the embarrassment of the near future. I, therefore, challenge the Dokajen Ham, Chief Anthony Hassan, and all well-meaning individuals, to pick up the gauntlet. May God save us! 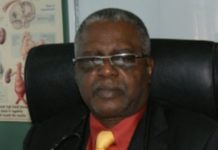