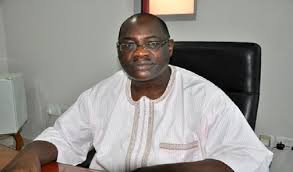 The avalanche of stories, articles, comments and jibes in the traditional and social media since the death last Friday of Malam Abba Kyari reminded me of a passage in Arthur Hailey’s 1959 novel, The Final Diagnosis. It was about Dr. Joseph Pearson, the head of pathology at a fictional American hospital. Pearson walked into a theatre full of student doctors to perform an autopsy. He pointed to a plaque on the wall, with the Latin inscription “Mortui Vivos docent.” That is, the dead shall teach the living. It is what an autopsy is all about, Pearson said.

Tribute to a departed high official is the journalistic equivalent of autopsy and what it can teach those who are still living. The first, bitter lesson from Abba Kyari’s death was learnt by Kano State Commissioner for Works and Infrastructure, Mu’azu Magaji. Governor Abdullahi Ganduje promptly gave him the sack when screenshots emerged that Magaji celebrated Kyari’s death on his Facebook page. Now, I will not rule out the possibility that the power circle around Ganduje did not like Abba Kyari, so the commissioner thought he was toeing the line when he did the celebration. He learnt the hard way that in Northern Nigeria at least, you don’t celebrate anyone’s death so openly. Besides, even though Kyari is dead and cannot do any harm, President Buhari and his administration are very much around, so a state government cannot fool around with Kyari’s memory.

Several dozen high and middle-level Administration officials who attended Abba Kyari’s funeral in Abuja, returned home only to be slapped with an order not to enter State House for two weeks. For most of them, attending his funeral was the only honour that they must do to their departed boss and friend. Unfortunately, the times are far from normal and the Presidency was embarrassed that its stay at home and social distancing campaign was rubbished by its top officials. Unless it responded harshly, other people could stage a crowded funeral for a pastor or an Imam and security agents would have no moral right to stop them.

Otherwise, nothing added a note of urgency to the government’s desperate campaign to stop the spread of COVID-19 like the death of Abba Kyari. Quite alright he was a bit elderly, at 67, and was not in the best of health. But that this God-forsaken virus could kill such a powerful man despite the best efforts of an air ambulance and facilities at one of Lagos’ best hospitals, should be enough warning to any lesser mortal who chances upon this virus. Although some people sniped that it was because Kyari could not be flown abroad, it is not like European and American hospitals have any magic wands in this matter. Thousands of their countrymen and women are dying in their hands every day. The most important lesson is not to get infected, if you can help it, through staying at home, social distancing and hand washing.

The life of Malam Abba Kyari, especially the last five years of it as Chief of Staff to the President, is a very controversial matter in Nigeria, as was evident from the cascade of comments that followed his departure. Despite his very good educational background as a First-Class student at Warwick, Cambridge and Harvard universities, despite his lawyer’s training, despite his having been a state commissioner, despite his long legal and banking career which culminated as Managing Director of UBA and despite his serving on many blue-chip company boards and editorial board, Abba Kyari had the taciturnity and self-effacement of a Borno ward bulama.

Scrambling newsrooms on Friday night and Saturday morning could not even find his exact birthday. Several news media said he was 81 years old, having confused him with the late Brigadier Abba Kyari, military governor of the old North Central State who Wikipedia stated was born in 1938. Nigerian publishers must find an answer to editors who saw no problem with a biodata that said this Abba Kyari was a military governor 50 years ago. The matter of Abba Kyari’s age was only settled when President Buhari stated in his message that Kyari was 67.

Abba Kyari became a very familiar public figure in Nigeria because of his trademark unembroidered white gown and cheap red cap. His friends knew that this was a mark of simplicity. However, many other Nigerians saw the symbols in a sinister fashion, as further proof of a scheming cabal that had seized power from the elected President. Kyari featured prominently in every allegation of a cabal. The event that most added fuel to the cabalistic fire was the President’s directive last July that all ministers should report to the Chief of Staff. The National Security Adviser’s leaked memo of last December, alleging that Abba Kyari held meetings with military service chiefs, worsened matters, as did his last foreign trip to negotiate power sector deals with Siemens of Germany. Kyari’s shouting match with Head of Service Mrs Oyo-Ita at a FEC meeting, which the cameras recorded, did not help matters either.

The biggest problem however was Kyari’s total disinclination to state his side of stories to the public. For a man like me who has practised journalism for three decades, I know that every story has many sides and that whenever you get to listen to a man that is the butt of allegations, you end up modifying your views of him. Not in all cases, but most. Even though he could easily do so, Kyari allowed damaging allegations against himself to reign unchallenged for months and years. He believed that Allah and the President knew the truth so it did not matter what the people believed. It is a fairly common attitude among top officials in Northern Nigeria. Unfortunately, in a democracy, people’s ignorant opinions matter very much.

My few and far between engagements with Abba Kyari easily questioned many of the public perceptions of him as a cold and calculating operator with a stern mien and an insatiable appetite for power. When I was editor of New Nigerian in Kaduna in 2004, a tall man with a white gown and red cap walked into my office unannounced. Fortunately for me, I recognised him from a picture on a UBA office calendar. Several of my staffers who previously worked in The Democrat newspaper knew him very well and they rushed to greet him. He was based in Lagos then but he had nostalgia for the newspaper where he briefly worked in the mid-1970s. We chatted for a while; he made no request, and I saw him off to his car.

In the next two years, he visited my office three more times, always with nothing in particular to say. In March 2006 when he heard about my sack at New Nigerian, Abba Kyari rushed to my house early in the morning. He said he was going to rent a house for me to move into. I told him that I was only sacked as editor but not from the company, so I still had accommodation. He still gave me N100,000, which was nearly three months’ salary.

In Abuja too, we met several times before he became Chief of Staff but not once since then, though we spoke numerous times on the phone. In November 2015 when he presented Buhari’s first ministerial list to the Senate President, Daily Trust’s newsroom was desperate to get the list, so I sent a text message to Abba Kyari pleading for a leak. He did not respond but after a while, I received the list from an anonymous phone number. Whether he sent it, I don’t know.

He sometimes called me when he read the Monday Column. In late 2018 he tried to send me to NIPSS. I sent to him my CV and minutes later, he called to say, ‘Why did you people accuse Mrs Kemi Adeosun of dodging NYSC?’ I realised my mistake; NYSC was missing from the CV I sent. I quickly corrected it and stated that I did my NYSC at Nnobi Girls, Anambra State. Minutes later Abba Kyari called again. He said, ‘You could be our Judge Kavanaugh,’ i.e. President Trump’s Supreme Court nominee who was accused of rape after three decades. I assured him that I never raped anyone [though my memory of such matters is a bit fuzzy].

In July last year, I saw Malam Abba’s call early on a Sunday morning. He said, ‘Go and do another story and say I am in the office again today.’ Daily Trust had done a story two days earlier, that Kyari and other top officials were still in their offices even though Buhari did not reappoint them after his re-election. He realised my discomfiture, then quickly said, ‘Not you! I mean tell your State House reporter to do another story.’ I mumbled that it was not the reporter’s fault, that ‘it was the Newsroom’ that did that story. Abba Kyari then said he was joking and quickly began cracking some jokes.

For President Buhari and his administration, which is increasingly beleaguered public-opinion wise, the passing of Malam Abba Kyari presents a tricky opportunity. The late Chief of Staff could very well be post-humously vindicated in the public eye if many of the administration’s perceived problems persist. Nigerians could begin to say that well, now we know it was not Abba Kyari’s fault, that he was merely trying to cover up for and take the bullets for someone else.

The trick begins from the appointment of a replacement. How fast it is done; who is appointed; whether the new Chief of Staff turns out to be as powerful as the deceased one; and whether allegations such as snail slow pace, alleged absence of the coherent program, alleged regional lop-sidedness in appointments, alleged nepotism, alleged quarrelsomeness, alleged persecution of political opponents and alleged white-washing of opponents who see the light, persist. Going forward too, no Chief of Staff or any Administration high official should allow damaging allegations against himself to persist without a careful explanation.

We learn these lessons from the life and death of Malam Abba Kyari, a great and patriotic public officer who was much misunderstood during his lifetime. He will be better understood after his life. May Allah grant him rest in Aljannat.