The Me Too movement was meant to be more than a howl or rage with a trending hashtag. It was a surge that threatened to pulverise all before it, arming accusers with weapons of merit and disarming predators who had, for decades, acted in beastly fashion from positions of power. It did net some mighty scalps and also, at stages, ruined careers without trial and tested evidence. But paradoxically, it failed to make an impression on the Trump phenomenon, where genital grabbing and locker room humour exhibited in the Access Hollywood tape made little impression upon his candidacy for the White House.

Where it did make an impression – at least for a stretch of time – was with a good number of establishment GOP types who withdrew their support for his candidacy, only to then fall in line after the Trump victory. “I don’t want my boys growing up in a world where the President of the United States is allowed to speak or treat women the way Donald Trump has,” reflected a melancholy Tom Rooney, Representative from Florida.

At the time, Republican National Committee Chair Reince Priebus was besieged by urgings to knock Trump off the candidacy. As Tim Alberta of Politico Magazine noted, within hours of the Access Hollywood tape rippling the political waters, Priebus “fielded scores of phone calls from the most prominent people in Republican politics: congressmen and senators, governors, donors, activists and his own RNC members.” The common theme: Trump had signed his death warrant, politically speaking, and needed to be replaced by the safer Mike Pence.

Now, with dedication mixed with some confusion, the Democratic establishment is attempting to build the dykes around Joe Biden, hoping that he won’t drown in the allegations of sexual impropriety that have, it has to be said, lingered around him like a pong. There is a presidency to be won, and the tight-lipped puritans are closing ranks to minimise the damage.

The threat to Biden has come from Tara Reade, a former staffer who claims to have been subjected to the sort of Trump-induced nightmare that produced marches and defiance after his election. On April 9, she filed a criminal complaint with the Washington, D.C. police, accusing Biden of sexual assault that is said to have taken place in 1993.

The reaction to Reade suggests a degree of pause and revision being undertaken in Democratic ranks and, it has to be said, the punditry. Sadly for Reade, she has become a Rorschach test for the partisan politics of belief in the murky field of sexual transgression. For Lucy Flores, herself having written about an unwanted kiss from Biden, “We’re never going to get to the foundation of this problem if we’re constantly talking about it in a political context.”

But political context it is, thickly and all the way. The efforts vary in terms of neutralising Reade, from the libellous to the glacial. Edward-Isaac Dovere of The Atlantic acidly questioned her account, because a person who could sympathise with Russia and its leader, President Vladimir Putin, must be unhinged and mendacious on matters sexual. Lawyer and former chief White House ethics lawyer Richard W. Painter chortled in discovering Reade’s effusive praise. “Is this the same person who just made an accusation against @JoeBiden? If so – this game’s up.”

Suddenly, qualifications of circumspection are being introduced, necessary suspicions sown. Maureen Dowd of the New York Times reflected that the Democrats had a fundamental problem in always setting those “standards that come back and bite them”. The liberal notion “that all women must be believed” made her wince. For Dowd, an example of this came in the form of opposition to Trump’s Supreme Court appointee, Brett Kavanaugh, the convenient gargoyle of alleged sexual impropriety. “The eagerness to pin Kavanaugh produced a giddy new environment in which incredible tales, like that of Julie Swetnick, who claimed to have witnessed Kavanaugh at parties with rape lines, were treated as credible.”

Margaret Talbot at the New Yorker trots out a similar line. Disoriented, the Democrats are facing “the unasked-for moral dilemma of whether it is hypocritical to question the veracity of Joe Biden’s accuser, Tara Reade, when so many of them had fully embraced the #MeToo movement’s (always too simplistic) exhortation to ‘believe women’.”

In terms of media coverage, the most common sort dealing with Reade’s accusations is that of cold indifference. For the most part, she has been ignored by that hideous current often called “the mainstream”, leaving such guerrilla outlets as the Intercept to spread the news with bomblets of revelation. As Branko Marcetic pondered in Jacobin, the standards of reporting on Trump’s sexual conduct from more progressive and centrist outlets differ markedly from those on Biden, “the man many see as his best-placed rival”. His point of contrast: the broader and more expansive coverage given to the accusations against Trump levelled by E. Jean Carroll a year ago. The conclusion reached is simple: “Reade has been treated unlike any high-profile accuser of the past three years.”

Some movement to rectify this disparity is taking place, with the decision by MSNBC anchor Chris Hayes giving the story a degree of oxygen. “There have been moments I think for many of us, all of us, where we have heard about accusations against someone that we find ourselves desperately wanting not to believe.”

Biden’s own response is that it “never, never happened” while calling on the US National Archives to “identify any record of the complaint [Reade] alleges she filed.” This risks becoming a matter of archival, and for that reason distant, appraisal. For her part, Reade favours a broader inquiry while she becomes grist to the mill of talking heads, and hopes to get a peek around the Biden papers held at the University of Delaware. (Biden’s response to that has been one of steadfast refusal.)

Trump, when he does not have them anywhere else, will be rubbing his hands with glee as Biden’s woman problem gets fanning. A central ploy in his weaponry has never been to elevate his opponents to improve his own merit. His method, rather, is one of lowering, diminishing, reducing. The Democrats, in turn, are delivering. This election is suitably living down to expectations. 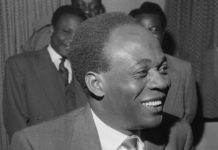