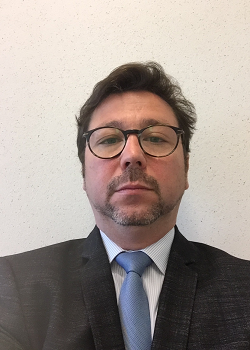 While Fernández-de-Córdoba is however of the United Nations Conference on Trade and Development (UNCTAD), UNFSS is an inter-agency platform that provides information and analysis on Voluntary Sustainability Standards (VSS) and facilitates discussions about them at the intergovernmental level.

It co-hosted the convention from September 16-18 in Rio de Janeiro, Brazil, in conjunction with the Brazilian National Institute of Metrology, Quality and Technology and the Federation of Industries of the State of Rio de Janeiro.

Like most things with a stamp of approval, goods and services that enjoy sustainability certification are landing more in the consumer basket – this is helping traders and consumers care for the environment and make more sustainable choices.

These labels and the standards behind them that guarantee that the products you buy do not hurt the environment and the people who make them, can unlock new markets for developing countries, participants at the second International Convention on Sustainable Trade and Standards (ICSTS) heard.

“Consumer demand for sustainable products continues to increase”, Fernández-de-Córdoba said, underscoring the significance of sustainability standards as a tool for sustainable development and market access.

He said world markets currently boast about 500 sustainability standards, excluding those considered to be traditional, and added that certified sustainable production of crops such as coffee and cocoa has grown year after year to 26% and 23% of world production respectively.

“Sustainability standards have become the market reality for competitiveness and supply-chain management”, he told the convention’s over 200 participants from more than 15 countries.

VSS are no longer seen from the perspective of individual corporations but rather, as instruments to serve the macro-economic objectives of transformation and sustainable development of a nation’s globally connected economy.

Keynote speaker Axel Marx, from the Leuven Centre for Global Governance Studies in Belgium, said VSS can catalyse progress towards Sustainable Development Goals (SDGs) if challenges that stand in the way are addressed to make value chains more sustainable.

These challenges relate to the use of standards on a global scale, gaining a better understanding of where and how VSS contribute most to achieving sustainable development and addressing the proliferation of standards.

“VSS need to be used widely and by many producers across the world”, Marx said, noting that the standards are not active in some countries, especially in Africa and Central Asia. In other countries, mainly least developed countries and middle-income countries, they are used only to a limited degree, meaning only a few producers are certified.

Building the capacity of these countries to adopt standards is crucial, as are incentives for the adoption of standards, Marx said.

According to him, the incentives could be provided by integrating sustainability standards in trade policy. Measures such as applying lower tariffs to certified products compared to non-certified products may boost the adoption of standards.

Marx said trading partners could also work together to the increase adoption of VSS through bilateral activities.

For instance, all recent bilateral trade agreements signed by the European Union (EU) contain a commitment between the parties to work together in the area of voluntary standards and eco-labels.

VSS can also be integrated or used in public regulation, as is already happening in some countries, Marx argued.

For example, the EU’s Directive on Renewable Energy requires biofuels to be certified by a recognized certification scheme in order to be considered a sustainable biofuel and count for the targets on renewable energy.

“This type of integration of voluntary sustainability standards in public policy might have a significant impact on adoption and can be applied to a range of products”, Marx said.

He added that integrating sustainability standards in public procurement could also have a big impact on markets, as governments are the biggest buyers of products in the world.

More and more countries are pursuing green, social and/or sustainable public procurement, therefore standards can play an important role in identifying which products are sustainable or not, Marx said.

The convention helped to advance multi-stakeholder dialogue on VSS and to strengthen partnerships between trading partners towards sustainable global value chains to achieve the SDGs.

It also allowed actors all along value chains to share their experiences and best practices on sustainable production, value chains and trade.

She did warn however that they are not always a panacea. “Small producers struggle sometimes to keep up with demand and the certification requirements, costing them and us”, she said, emphasizing a balanced approach grounded in the fight against inequality.