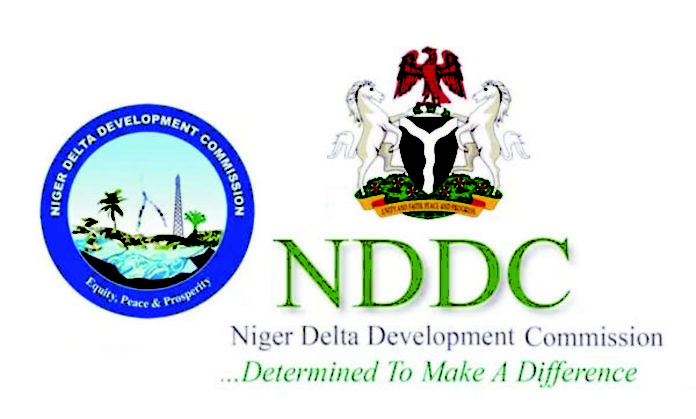 This is certainly not the best season for the Niger Delta Development Commission (NDDC), a supposed interventionist agency that is currently immersed in some unwholesome contract deals. The commission is on the spot in the Green Chamber of Nigeria’s bicameral Legislature, the House of Representatives.

Following the inability of its top officials to answer several questions posed to them by a probe panel of the House, the federal legislators have invited all the former managing directors of the troubled commission, some of whom are the money bags of the All Progressives Congress (APC) and the Peoples Democratic Party (PDP).

NDDC was established in 2000 with the mission of facilitating the rapid, even and sustainable development of the Niger Delta into a region that is economically prosperous, socially stable, ecologically regenerative and politically peaceful.

But, it seems the interventionist agency has deviated from these noble goals to become a conduit tunnel for corrupt politicians and the commission staff.

In a seeming bid to arrest the drift, the probe panel of the House of Representatives invited former Managing Directors of the messy establishment to appear before them this Friday over N61.4billion abandoned projects.

Expected to honour the invitation are Timi Alaibe, who is battling the PDP for the Bayelsa State gubernatorial ticket, Nsima Ekere, who was the APC governorship candidate in Akwa Ibom State, and other officials, including Nelson Brambaifa, Emmanuel Agwariavwodo.

The invitation was made on Wednesday after the federal lawmakers grilled officials of the commission. Those who were grilled were the agency’s acting Managing Director, Akwagaga Enyina; Director of Finance and Supply, Linus Ogbalubi; and Director of Project Monitoring and Supervision, Ukeme Nkamare.

The House asked them to provide documents over overpayment of contractors and contracts awarded without execution.

The ad hoc committee was set up by the House to investigate projects abandoned by the NDDC raised a series of questions, bordering on how several contracts were allegedly awarded and paid for by the commission outside the approved budget of the commission.

Chairman of the probe committee, Nicholas Ossai, read out parts of a report by the Office of the Auditor-General on NDDC’s activities between 2013 and 2018. He quoted the report as saying that, Considering the enormous amount of money paid to the contractors as mobilisation fees without any value derived thereby, it can be affirmed that the commission lacked effective control in the process of contract award and payment.

While Ossai pointed out that the key issue raised by the auditors, which the NDDC had yet to respond to, was that the commission should recover the sum of N61.4bn that the contractors had collected, he also cited a case of how contracts for the emergency repairs of 250 roads were awarded earlier in the year without the approval of the Bureau of Public Procurement and out of NDDC’s approved budget.

The committee also asked how a contractor was paid over 50 per cent of a contract sum of over N1bn, with only 11 per cent of the job done, and the contract was cancelled and re-awarded for over N10bn.

Ossai asked if the NDDC could remember awarding a contract to a company for the Ogborodo shore protection, adding, ‘’the figure here is that the contract, with a sum of N1.042 billion, was awarded to this engineering company and examination of the NDDC contract payment status from the Finance and Account Department revealed that the contractor had been paid 50 per cent – N521.3 million – for job that was done less than 11 per cent.’’

He equally stated that the Economic and Financial Crimes Commission (EFCC) would be invited to investigate the matter.