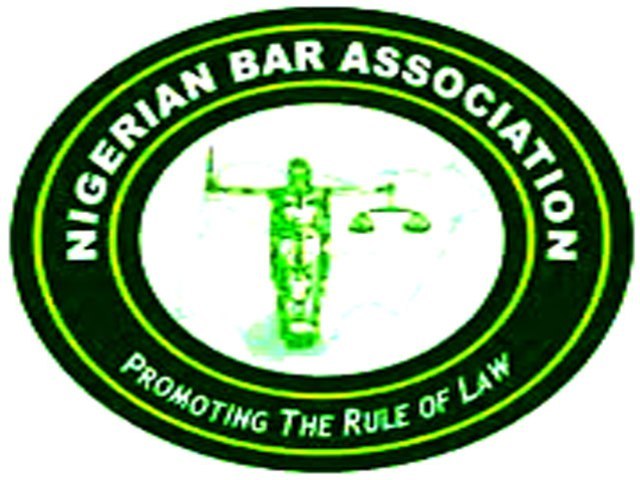 The Nigerian Bar Association, (NBA) in Anambra State, has rejected the alleged planned commencement, across the country, of Operation Crocodile Smile military exercise by the Nigerian Army, in the midst of the ongoing nationwide #EndSARS, civil protest.

According to the branch, it has become very imperative for governments at all levels to always feel the pulse of the people in its decision-making process, adding that the alleged commencement of the operation at this time is ill-advised and most insensitive.

A statement on Tuesday, jointly signed by eight branch Chairmen of the Anambra NBA, led by the Chairman of Chairmen of Branch, and Chairman Ihiala branch, Mr. Vitalis Ihedigbo, called on the Federal government and the military authorities to immediately halt and shelve the planned military exercise to a later date.

While the Anambra Bar, commended the Nigerian youths for rising up to say no to the primitive culture of police brutality and to demand immediate reforms, it urged the protesting youths to conduct themselves in the most peaceful manner to achieve the lifetime goal for the present generation and generations to come.

The NBA Anambra State also faulted the setting up a Broad-Based Panel of Enquiry by Anambra State Government, to look the activities of the disbanded Special Anti-Robbery Squad, SARS, without recourse to the relevant provisions of the law and the exclusion of NBA members.

“We note with grave concern the recent announcement of the Anambra State Government, setting up a ‘Broad-Based Panel of Enquiry’ to look into the activities of the disbanded Special Anti-Robbery Squad, SARS, in the State without recourse to the relevant provisions of the Commissions of Inquiry Law Cap 31 Vol.2 Revised Laws of Anambra State 1991.

“Besides, we find it very curious that the Executive Governor of Anambra State did not see the need to take the benefit of including representatives of the NBA Anambra State. Be that as it may, we advise that the membership of the Panel should not exceed 9 persons to guarantee quick and through the discharge of the duties of the panel.

“The Anambra Bar highly commend the great Nigerian youths who have gathered themselves in unprecedentedly large numbers across the country to say no to the primitive culture of police brutality and to demand immediate reforms.

“We note we particular admiration the resoluteness, dexterity, excellent coordination and peaceful manner in which our protesting youths have so far conducted themselves despite several pockets of orchestrated provocations from agents of State. Be rest assured that we the Anambra Bar have your back in this struggle to restore the dignity of our citizens and respect for the sanctity of human life.

“We equally commend and deeply appreciate the NBA National President Olumide Akpata on the bold steps so far taken by his administration in swiftly mobilizing the entire Bar to lend critical support and guard against abuse of the protester’s rights in any manner whatsoever. We thank the leadership of NBA Branches across the country for the great solidarity and synergy of efforts at this perilous time of our nation’s history,” the statement concluded.