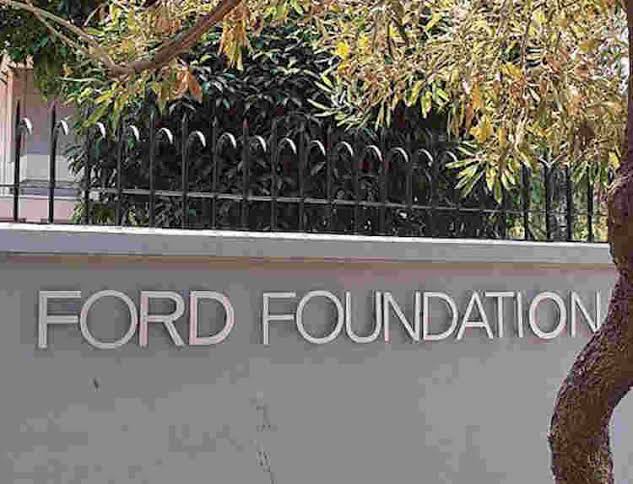 Gender Mobile Initiative, GMI, an NGO, says it is partnering with the Ford Foundation to develop anti-sexual harassment policy and mobile application for confidential reporting and data generation.

GMI Executive Director, Ms. Omowumi Ogunrotimi, who made this known in a statement in Abuja on Saturday, said that the development of the application and policy would reduce cases of abuse.

Ogunrotimi said the “Sex For Grades” revelation in the country’s universities had presented the real task of protecting students, adding that concerted efforts should be intensified by all groups to adequately forestall future occurrences.

Recall that a documentary by the British Broadcasting Corporation, BBC, Africa Eye Investigation had exposed the ills in some West African universities where lecturers demanded for sex in exchange for good grades.

The documentary exposed an immoral and exploitative system in institutions in spite of the changing roles of women in the society.

Ogunrotimi urged the Academic Staff Union of Universities, ASUU, and the National Universities Commission, NUC, to take measures to curb such practices.

“We are shocked and disappointed that our halls of learning have become camps for lechery and sexual patronage where individual merit or brilliance amounts to next to nothing. The investigative effort of the BBC Team exposes how systemic the rot has turned to.

“There must be policy to protect students in universities from being sexually harassed while making the very act itself unattractive through a system of checks and balances and sanctions that respect neither person nor status.

“It is, therefore, a fitting moment to revisit the Sexual Harassment Bill that was successfully fought down by ASUU, an intervention bill that sought, inter alia, for severe punishment against sexual predators on university campuses as a deterrent to future occurrence.

“Mechanism should be put in place for pressured female students to find redress and escape from preying lecturers.

“ASUU ought to be mindful of its complicity in failing to call its members to order but choosing rather to be heard solely when fighting for increased pay and allowances.

“As an integral part of our university systems, it can hardly claim to be unaware of the normalisation of Sex For Grade activities, even so, its deafening silence in failing to condemn the act as revealed in the BBC documentary is telling and truly disappointing,” Ogunrotimi said.

She pointed out that the opportunity created by the BBC documentary to address an identified rot in our university system including award of grades in exchange for financial favours, is one which must be tackled urgently.

The anti-sexual harassment advocate also pointed out that incidences of female lecturers taking advantage of male students just like their male colleagues should also be addressed to avoid a situation where favours are superior considerations to merit.

She also called for stiffer sanctions against violators of women especially those in positions of authority who now believe that “nothing goes for nothing”.

“The transactional sex on the campuses of institutions of higher learning in Nigeria is first and foremost a reflection of anomy in our society; it also reflects the abysmal decay of standards in our educational system,” Ogunrotimi said.