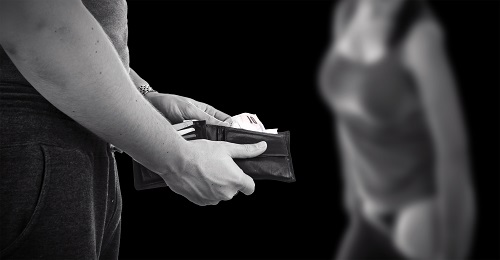 Favour was ready to start her first year of university when a man approached her mother with a proposition for her to study abroad. “He managed to convince my mother that he could get me a scholarship in Italy. All I had to do was give him the necessary documents for him to process the paperwork”, she said.

She however remembered that once they arrived in Libya, things changed: “The pusher man gathered all the women who were in the truck and handed us over to another man. The man took us to Qatrun, a city in Libya, and later sold us to a Madam who took us to a house and told us that we would be now working for her.”

While labour migration in West Africa remains a phenomenon involving mostly men (85 per cent), there are signs of change. More children and women are on the move, thus increasing the risks of abuse, violence, and exploitation they face during their journeys.

To help teach authorities to identify the protection needs and challenges of vulnerable migrants along the routes and improve the understanding of the mixed migration phenomenon in West Africa, the International Organisation for Migration (IOM) Regional Office for West and Centre Africa organised a seminar on Exploitative Labour Practices and Combatting Human Trafficking in West Africa in Dakar, Senegal’s capital city last week.

The event was funded by the United States Department of State’s Bureau of Population, Refugees, and Migration (PRM), and organised within the framework of the African Regional Migration Programme.

This programme works to support countries across the continent as they improve migration management. Another goal is reducing the vulnerability of migrants. Another is to promote regional cooperation and partnerships on migration issues.

PRM’s Regional Refugee Coordinator for West Africa at the US embassy in Dakar, Geoffrey Parker, said “it is key to bring everyone together to discuss such a range of protection issues associated with migration in West Africa – from mining practices in Senegal and Guinea to border security in Liptako Gourma – arguably one of the most complex border areas in West Africa.”

Adding, an IOM Regional Protection Specialist, Nassima Clerin, said “to effectively address the continuous protection needs of vulnerable migrants in the region, we must increase regional and inter-country cooperation.”

To highlight the reality of exploitative labour practices and human trafficking in West Africa, IOM presented key findings from its latest research studies conducted in several countries on West African female domestic workers in Middle East and on labour migration in mining sites in Guinea and Senegal.

IOM Regional Research Officer, Berenice Boukaré, said “for many female sex-workers originating from the region, working conditions around the mining sites are characterised by isolation, insecurity and exploitation, which tend to prove the existence of a sub-regional trafficking system in West Africa.”

Research findings recommended that enhanced prevention efforts and increased coordination and cooperation between key actors at regional, national, and community level are crucial to ensure protection to vulnerable migrants.

“It is a key to promote a regional and cross-sector approach to better address the vulnerabilities of the most vulnerable migrant groups and build effective protection mechanisms”, IOM’s Boukaré concluded.

During the seminar, Senegal’s National Anti-Human Trafficking Office also presented Systraite, its data collection system on human trafficking. The Mixed Migration Centre presented its recent research on smuggling practices as well as border and security governance in Liptako Gourma, in Burkina Faso while Save the Children presented effective sub-regional governance of migration and protection of the youth on the move between Côte d’Ivoire, Mali, and Burkina Faso.

This programme, funded by PRM, is implemented in 17 countries, including four West African countries (The Gambia, Senegal, Sierra Leone and Togo).