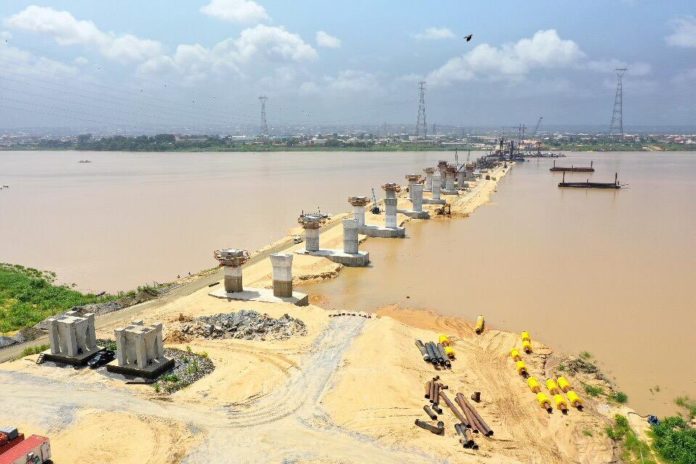 The second Niger bridge project being pursued by the President Muhammadu Buhari administration has landed a construction giant, Julius Berger, in trouble.

Ogbaru community in Anambra State, Eastern Nigeria, is alleging that the activities of the construction company have polluted the River Niger, the only source of their water supply with an attendant negative impact on their aquatic and domestic lives.

The community is also claiming that Julius Berger has desecrated graves of people buried in the area.

Piqued, the community has dragged Julius Berger, the Federal Ministry of Works, and B and Q Dredging before a Federal High Court in Awka, the Anambra State capital, over an alleged violation of the Environmental Impact Assessment on the construction of the bridge.

The plaintiff is seeking an order of the court for the defendants to pay them the sum of N2.5 billion as damages for environmental hazards, and health hazards arising from the activities of the trio.

The plaintiffs are Messrs Victor Okei, Chidi Ekpendu, Nwachukwu Ossai, an engineer, Chief Anthony Okwesa, and Chief Emmanuel Ikenga, who are suing for themselves and on behalf of Ogbaru community.

The suit with number FHC/AWK/CS/79/2019 has since been filed before Justice I.B. Gafai. But when the matter came up for mention, the defendants were not in court.

Justice Gafai declined to proceed in the matter without the presence of the defendants and accordingly fixed September 29, 2020, for the commencement of hearing in the suit.

Before the next adjourned date, he directed that effort must be made to reach Julius Berger, Federal Ministry of Works and B and Q Dredging.

Counsel to the plaintiffs, Ifeanyi Chuks, who appeared with Augustine Chuks said that the defendants were served a relevant court summons, claiming that they were tactically avoiding the court to continue with the alleged suppression of his clients.

Ogbaru people are also claiming that more than 160 buildings from 15 communities in Ogbaru area on the coastal line of the River Niger have been adversely affected by the ongoing construction of the second Niger Bridge which passed through Asaba to Ogbaru and stretched to Obosi area.

The plaintiffs are equally seeking for the order of the court to compel the defendants to recognize, deal and negotiate all terms and conditions of works with the Ogbaru Local Government Chairman in respect of the project being constructed.