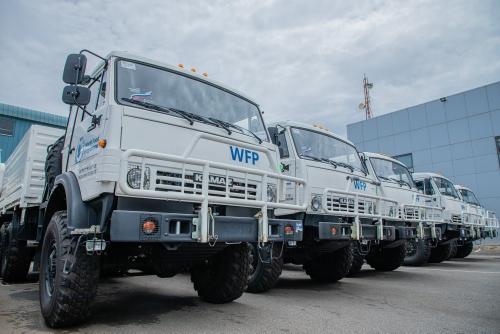 Unless substantial funding can be secured to keep the World Food Programme’s (WFP) transport fleet moving, it could grind to a halt before the end of July.

This will be happening just as demand for this service is reaching its peak.

Of the $965 million needed to maintain the operation through to the end of the year, only $178 million has so far been confirmed or advanced.

With much of the world’s commercial transport systems, particularly airlines, grounded by COVID-19, WFP, the world’s largest humanitarian organisation fighting hunger and a global leader in logistics, stepped in to move passengers and huge volumes of health and other supplies needed in the fight against the pandemic.

So far, here is what Common Services have achieved: 375 passenger and cargo flights flown to destinations across Africa, Asia, Latin America and the Middle East.

More than 2,500 responders from more than 80 aid organisations flown to destinations where their assistance is urgently needed.

Using a network of global and regional transportation hubs, WFP Aviation has over recent months transported huge volumes of urgently-needed medical supplies – including PPE, masks and ventilators – as well as staff from scores of aid organisations.

And it’s not just aircraft – WFP also has large numbers of ships and trucks transporting goods on behalf of other UN agencies and non-government organisations.

Other Common Service facilities which WFP has helped set up for the humanitarian and health community include two field hospitals, one in East and the other in West Africa, and to date, 16 medical evacuations have been carried out, including with WFP-contracted air ambulances.

WFP is saving lives in emergencies and changing lives for millions through sustainable development. WFP works in more than 80 countries around the world, feeding people caught in conflict and disasters, and laying the foundations for a better future.