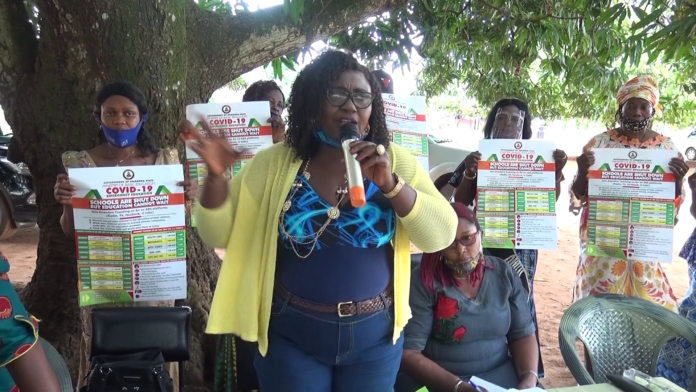 Anambra State Government has warned that it will not hesitate to shut down any school that violates the COVID-19 protocols which were evolved to help keep the school children safe from contracting the deadly coronavirus.

The Special Adviser to Anambra State Governor on Public Orientation and Special Duties, Mrs Ify Obinabo gave the warning on Wednesday, during a sensitization meeting with key stakeholders in Awka North Council Area of the State, on the need to be conscious of government’s directives aimed at flattening the curve of the pandemic.

Among persons present at the meeting held at Central School, Isuaniocha, were head teachers of both public and private schools, food vendors, market leaders, leaders of church groups, members of the Parents Teachers Association, among other groups.

The meeting also witnessed an interaction between the government representative and the stakeholders, as well as question and answers on grey areas in ensuring compliance with the COVID-19 directives.

There were also practical demonstrations on how to practice good hygiene and use of face masks and shields as well as proper handwashing.

Addressing the forum, Mrs Obinabo recalled that immediately the lockdown was announced, the State Government through her office, had commenced sensitization visits to various segments of the society, including markets, churches, parks among others, to raise the people’s consciousness towards the virus and what they need to do to keep themselves and their loved ones safe.

She further said because of the premium the State Governor, Willie Obiano places on the education of children in the state, despite closing the schools to slow down the rate of transmission, he had approved the ‘Teaching on Air’ initiative, to ensure that the children do not relapse to mental laxity while at home.

“When we had to shut down schools, Governor Obiano made it clear that our children’s education must not stop because of the emphasis he places on their growth and development. That was why he approved the Teaching on Air. Because of the massive successes we have recorded through this program, the governor has insisted that it will not stop but will form an integral part of the schools’ curriculum. The governor’s decision is also informed by his belief that while the society is forced to adapt to the use of technology and the internet to teach, as the new normal, it is also the new way to go in the 21st Century,” She said.

The governor’s aide explained that the day’s sensitization meeting became necessary as schools resume, to remind the teachers and other key stakeholders at the meeting that the virus is not gone and that they need to follow all the protocols religiously.

“As teachers, we must develop a means of educating and influencing our children to obey these COVID-19 protocols. With the very important role teachers play in the lives of our children, they are best poised to make them understand and adjust to the new ways of living to stay safe from the virus. As heads, you are to take this message down to your schools, markets, homes, churches and other places, to teach others and together, we all will be properly equipped to resist this virus,” She noted.

Obinabo made it clear that the resumption of schools was only for Primary and Secondary classes who can understand instruction and not for nursery pupils who she said, are more susceptible to contracting the virus.

According to her, the State Government has directed members of the Operation Clean and Healthy Anambra (OCHA) Brigade to monitor compliance with the directives and any school found to be flouting the protocols will be shut down.

In her remarks, the Education Secretary, Awka North LGA Education Authority, Dame Anagor commended the Governor for the initiative to sensitize the stakeholders as well as the Commissioner for Basic Education, Professor Kate Omenugha for the various innovation evolved by the ministry for the schools to resume.

She revealed the LGA Education Authority provided 77 buckets, 77 sanitizers and 77 liquid soaps for all the 38 schools in the Council area, urging parents to do their part in providing their children with facemasks and other items they need to remain safe at school.
On Monday, the 14th of September, other classes had resumed academic activities across parts of Anambra State, in line with the directive of Anambra State Government, 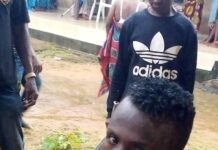