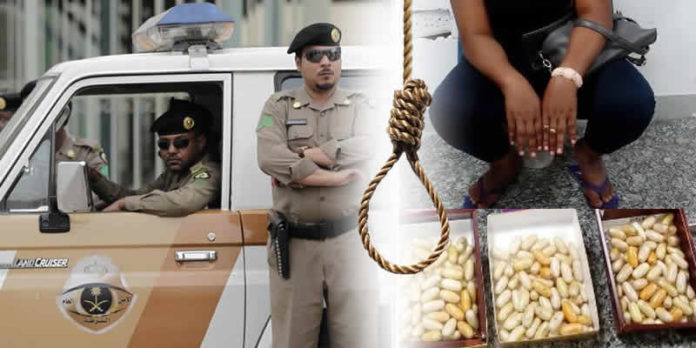 At least 23 Nigerians are on death row in Saudi Arabia over drug-related offences.

This was disclosed in a statement issued by the Saudi Arabia Government on Saturday, August 24.

However, a source has disclosed to 1st News that the Federal Government is set to intervene in the matter. Specifically, the government will be looking to engage the Saudi Arabia government on behalf of the convicted Nigerians.

Indeed, the Saudi government has often summarily executed convicted capital offenders, including Nigerians, in the past. However, the source disclosed that the number of Nigerians involved to be executed in one fell swoop is worrisome.

Furthermore, the source added that the development may see the Ministry of Foreign Affairs step in to explore a solution. Geoffrey Onyeama was retained as Minister by President Muhammadu Buhari.

In addition, the suspects were said to have concealed the narcotic substance in their rectums.

This act contravenes the Saudi Government’s rules on narcotic and psychotropic substances. Equally important, the offence is punishable by death.

Additionally, the latest case is coming a few weeks after Saudi authorities executed Kudirat Afolabi for drug trafficking. Another Nigerian, Saheed Sobade, reportedly nabbed with 1,183 grams of cocaine in Jeddah, was also executed.

The names of the convicted persons were given as: