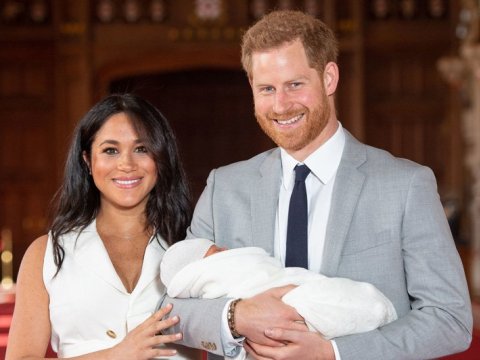 The Duke and Duchess of Sussex, Harry and Megan have finally revealed the royal baby to the world.

Speaking in St George’s Hall at Windsor Castle as Prince Harry cradled their two-day-old child, Megan said the baby has the sweetest temperament and exudes calmness.

“It’s magic, it’s pretty amazing. I have the two best guys in the world so I’m really happy.” She added

The couple has announced the name of the child as Archie Harrison Mountbatten-Windsor, the seventh in line to the British throne. The name is believed to have little precedent within the modern British Royal family.

By tradition, he could have at least one title, the Earl of Dumbarton, taken from one of the subsidiary titles of his father.

The Queen has already been introduced to her eighth great- grand child at Windsor Castle.