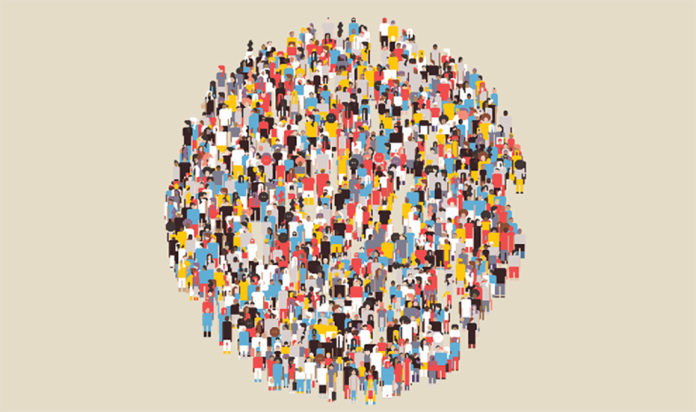 A new report, The World Population Prospects 2019: Highlights by the Population Division of the UN Department of Economic and Social Affairs (DESA) estimates: a mind-boggling 9.7 billion people will inhabit the Earth by 2050, which is an increase of two billion from now.

Nine countries are projected to be responsible for over the half of that surge with India leading the way. She is projected to add 273 million to her already massive 1.37 billion people and overtake China. India is expected to have 1.4 billion inhabitants between 2019 and 2050.

The runner-up is Nigeria which is expected to add 200 million people by 2050. Pakistan, Ethiopia, Tanzania, Indonesia, the Democratic Republic of Congo, Egypt, and the US are the other seven countries that will be driving the world population growth in the next 30 years, said the report.

The biggest jump in population size will be made in the sub-Saharan Africa, where it will grow two-fold by 2050, a development that might further strain the fragile social systems of the countries.

There is good news: Population growth is slowing, and it is expected to come to almost a standstill.

Now, the average number of births per woman is 2.5, but by 2050, it is projected to drop to 2.2, putting the world on the brink of population decline. A rate of 2.1 births per woman is considered to be barely enough to sustain the population, which is expected to reach its maximum by the end of the century at 11 billion.

The lower number of births per woman will hit hardest 55 countries that are set to see their populations decline by at least one percent.

The declining-team is led by China and followed by other countries; many of these are located in Eastern Europe or the Caribbean.

Lithuania and Bulgaria will suffer the biggest decline, seeing their populations shrink by 23 percent by 2050.

Latvia, with an estimated 22 percent decline, is followed by the Wallis and Futuna Islands (20 percent), and Ukraine (20 percent).

While researchers sound the alarm over the rapid population growth in the developing world, they also point to the growing number of people 65 and older that constitute an economic burden.

In some regions including the Asia, Latin America, and Northern Africa, the proportion of the elderly population is expected to double by 2050, the study notes.

According to a press release, Liu Zhenmin, the DESA Under-Secretary-General, said: “Many of the fastest growing populations are in the poorest countries, where population growth brings additional challenges.”

Key findings from the report

For many countries or areas, including some Small Island Developing States, the challenges to achieving sustainable development are compounded by their vulnerability to climate change, climate variability and sea-level rise.

Trends in population size and age structure are shaped mostly by levels of fertility and mortality, which have declined almost universally around the globe. In some countries, international migration also has become an important determinant of population change.