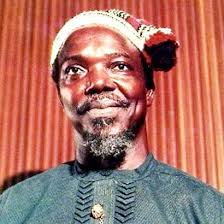 Professor Ike who is also the traditional ruler of Ndikelionwu Community in Orumba North Local Government Area of Anambra State died yesterday, at the Nnamdi Azikiwe University Teaching Hospital, Nnewi at the age of 89.
A frontline traditional ruler in Anambra State, Professor Ike is well known for his literary prowess, evident in his numerous works that blends lampoon, humour and satire.
Major among his literary works were Toads for Supper(1965), The Naked Gods (1970), The Potter’s Wheel (1973), Sunset at Dawn (1976), Expo ’77 (1980) and The Chicken Chasers (1980).
Others include The Bottled Leopard (1985), Our Children are Coming Home (1990) and Conspiracy of Silence.
Prof Ike who served as Registrar of West African Examination Council (WAEC) and Head of Nigerian Book Trust Foundation, was born in Ndikelionwu in 1931 and had his early education at Government College, Umuahia before proceeding to University of Ibadan for higher education.
He died, survived by his wife, Professor Adebimpe Olorunsola Ike as his only son, Osita died years ago.