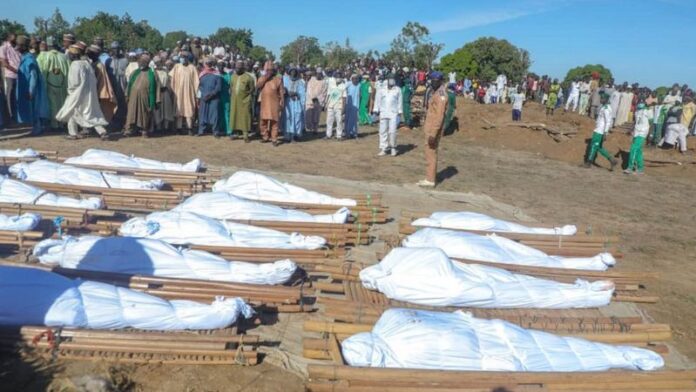 Reactions have continued to trail the killing of 43 farmers by Boko Haram in Jere Local Government of Borno State.

The United Nations had reported that 110 farmers were killed as against the 43 being projected by local reports.

The ugly incident which happened on Saturday has formed another debacle in the public domain. Some Nigerians have called for the resignation of President Muhammadu Buhari while some are asking the president to sack his service chiefs.

In his reaction, publisher of the Ovation Magazine, Dele Momodu decried Buhari, noting that he lacks the capacity to secure the lives of Nigerians

Momodu, who made his remarks on his Twitter page, wrote, “It is bad enough that Nigerians are being killed mercilessly, it is worse that the Federal Government is carrying on hopelessly… There is no point asking BUHARI to act when it is obvious he lacks the capacity… May Allah accept the souls of the helpless victims”.

On his part, legal practitioner, Tope Akinyode expressed worry over the skyrocketing security issues in Nigeria.

“Buhari must urgently resign from office. The insecurity in Nigeria is too alarming to bear. Buhari and the Service Chiefs must resign before terrorists completely destroy this country”. #BuhariMustGo #SackTheServiceChiefs, he tweeted.

Reno Omokri, former aide to President Goodluck Jonathan who has often referred to himself as “Buhari Tormentor,” said “as long as North continues to tolerate General @MBuhari’s bad governance, nothing will change. Southerners can’t fight this battle for them. We can only join them. And we are ready to join them if they start”.

Omokri tweeted “Boko Haram kill 110 farmers in Zabarmari, according to the @UN. Herdsmen kill 8 in Kaduna. And the man who asked @GEJonathan to resign because of insecurity is sitting at Aso Rock releasing statements. So hypocritical #ZabarmariMassacre”

Former Minister of Aviation, Femi Fani-Kayode tweeted “The killing of 43 farmers by Boko Haram represents a new low in the barbarity and savagery of this evil terrorist group. Boko Haram and its leader Abubakar Shekau are the greatest plague that has ever afflicted the Nigerian landscape. They must be utterly CRUSHED and wiped off the face of the earth!”

Former Senator, Shehu Sani in a series of tweets, expressed worry over the incessant killings.

“We live in tragic times of ceaseless funerals and endless mournings.We live in the butcheries,where there’s not enough tears for the corpses that litter our lands.

A Tweeter user, @TripleOGLstone wrote “The insecurity in Nigeria and the new level of hardship are all indications that Buhari and APC have failed Nigerians, they should do the honorable thing and fuck off !!! Dem just sit down dey collect loans wtf ?! #SackTheServiceChiefs #BuhariResignNow #EndSARS” 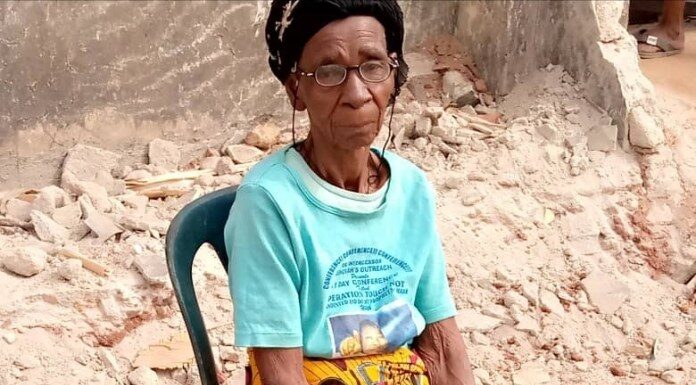