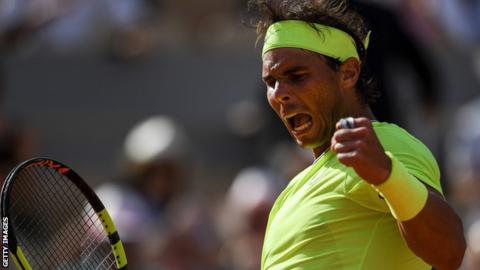 Defending champion Rafael Nadal racked up his 90th win at Roland Garros on Sunday as he stormed into the quarter-finals for the 13th time.

In what will be his 38th Grand Slam quarter-final appearance, the 32-year-old Spaniard will face either Japan’s Kei Nishikori or Benoit Paire of France for a semi-final place.

“I am very happy. Juan is a very good player so I congratulate him and his team,” said Nadal.

“It’s an incredible feeling to be in another quarter-final at this tournament which has been the most special of my career.”

Nadal has only been defeated twice in his French Open career and the 78th-ranked Londero never looked like becoming the third man to achieve the feat.

Nadal has a 10-2 record over Nishikori while he has yet to lose to Paire in four matches.