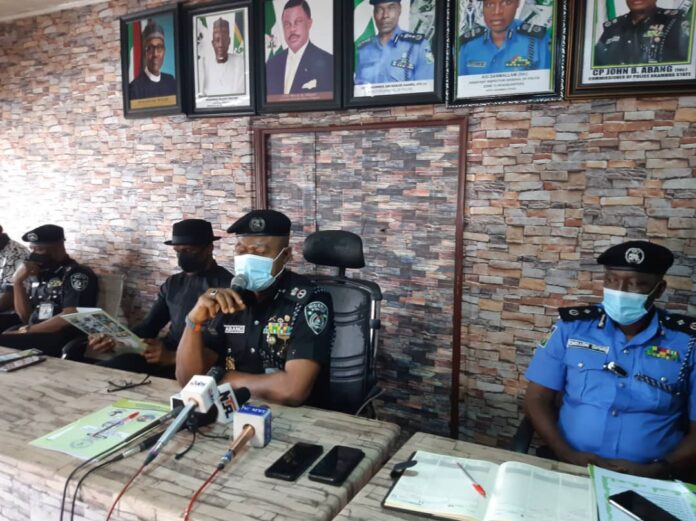 The Nigeria Police Medical Services in conjunction with Stanley Medical on Wednesday inaugurated free prostate screening and surgical intervention for all Police officers above 40yrs in Anambra State.

The programme is sponsored by the Member representing Njikoka, Anaocha/Dunukofia Federal Constituency in the National Assembly, Hon Dozie Nwankwo.

It is in line with the initiative of the Inspector-general of Police, IGP Mohammed Abubakar Adamu, to improve the welfare of the Police for effective service delivery, through the provision of comprehensive health care services,

Inaugurating the programme at the Anambra State Command Headquarters, Amawbia, the State Commissioner of Police, John Abang commended the IGP for making the initiative a possibility, saying that the programme is part of the IGP’s overall plan to ensure a healthy Police Force that can combat crime effectively.

“Since IGP Adamu came in as the 20th Inspector General of the Nigeria Police Force, he has brought in innovation, capacity building and this time around, health benefits for officers and men of the Force. This screening is very important for us as Police Officers to ensure that we maintain healthy body and remain gallant enough to battle the security challenges in the country. I also express our sincere appreciation to Stanley Medical Foundation and other sponsors for choosing Anambra State Command as the pilot Command for this laudable initiative,” he said.

The CP urged all Police officers within the age brackets to avail themselves the opportunity and go for the screening as a precautionary measure against Prostate Cancer.

The State Commissioner for Health, Dr Vincent Okpala who represented Anambra State Government at the ceremony, maintained that the message is for personnel of the Force to always be health-conscious, adding that the state is pleased to be partners on the project.

In his words, “As a health worker, it is heartwarming to note that we have a Force leadership at this time that is interested in the health of its personnel. I worked closely with the State Police Command authority during the COVID-19 response activities and I can say that they understand and appreciate what it means for their personnel to be healthy. Prostate is one of the major cancers suffered by men and the reason it has caused much havoc is because our people do not go for medical checkup. And that is the message of this exercise-to raise the officers’ consciousness towards taking good care of their health especially through routine medical checkup.”

In a presentation on titled Prostate awareness, symptoms and prevention, Dr Tim Mbaeri, a consultant surgeon at Nnamdi Azikiwe University Teaching Hospital, (NAUTH), Nnewi, said constant medical check by men above the age of 40, is the only sure way to reduce their chances of suffering prostate cancer.

Mbaeri who noted that prostate is the commonest cancer men suffer as they age, said although there are no known causes of the disease, risk factors can include high rate of red and smoked meat consumption, obesity among others.

He also debunked the claims that too much or too little sex can expose one to the risk of prostate, saying that the black race is most susceptible to the disease.

“Just the singular fact that one is black, is a risk factor. Also, if there have cases of the prostate in a family, there is the possibility that one can suffer it. The symptoms include excessive urinating at night, hesitancy in urinating, inability to urinate and at the advanced stage, loss of weight and appetite,” he said.

Highlighting consumption of fruits and vegetables as well as regular exercise, as ways to reduce the risk of prostate, the medical doctor warned that if not detected early, prostate cancer just like other cancers can lead to death.

After the inauguration, the Police Officers proceeded to the Ultra-modern Police hospital, Amawbia for the commencement of the Prostate screening as well as cholesterol and blood sugar testing. 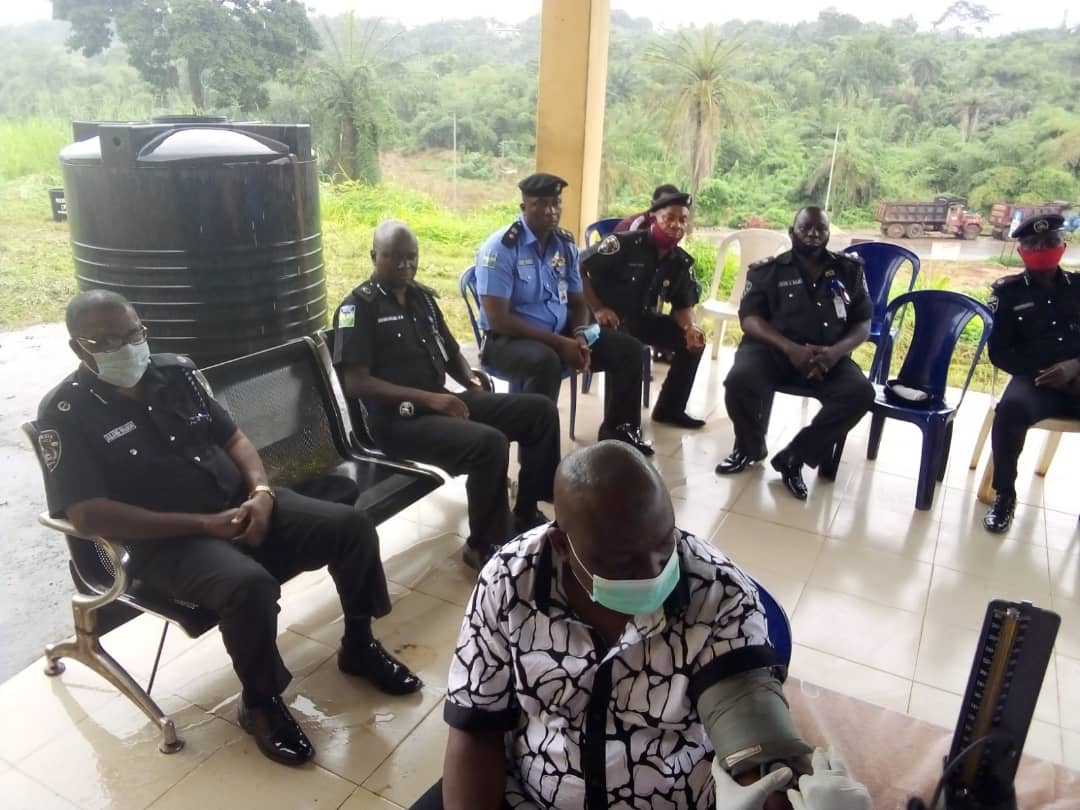 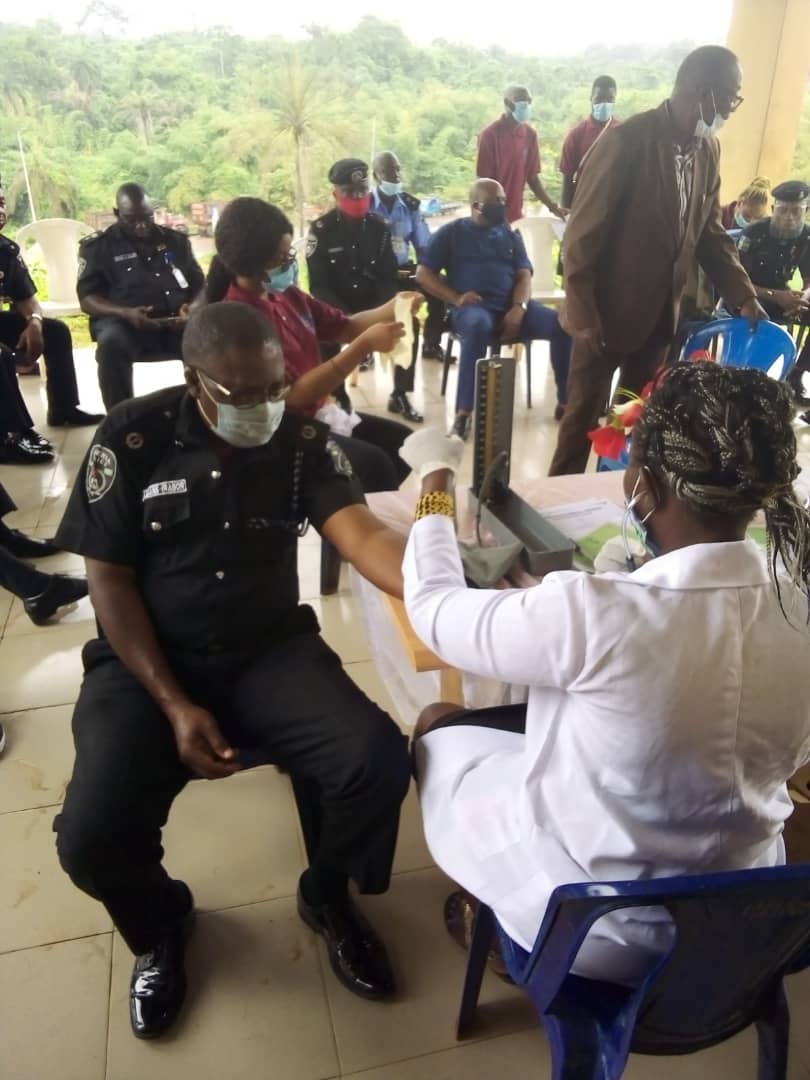