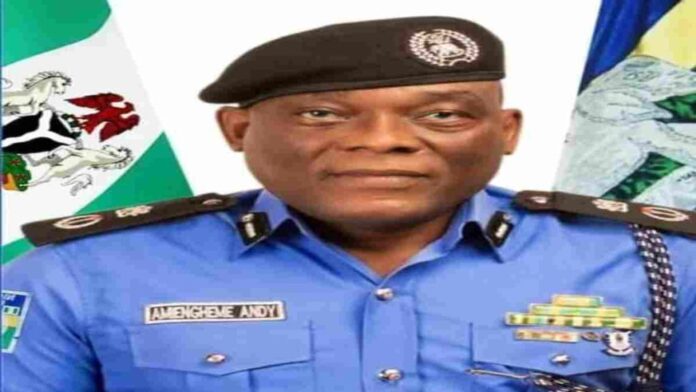 Uyo – The Akwa Ibom Command of the Nigeria Police Force on Friday paraded a total of 40 persons for offences ranging from armed robbery to cultism.
The arrests were effected following the invasion of some criminal hideouts within Uyo metropolis by tactical teams of the States Police Command, relying on credible information on Thursday.
The state capital had on Wednesday witnessed various cult-related activities which included killings of some suspected members.
Among exhibits recovered from the suspects were two locally made pistols, five cutlasses, a bag of substance suspected to be Indian Hemp among other things.
While parading the suspects on  Friday, the Commissioner of Police in Akwa Ibom State, Andrew Amiengheme said in a painstaking operation, the police operatives stormed criminal the hideouts within the state capital, believed to be hibernating some of the hoodlums responsible for Wednesday night’s breach of the peace within Uyo.
“Upon interrogation, suspects claimed to be part of the cult groups responsible for cult-related murder and robberies within Uyo Metropolis recently,” he revealed.
He said discreet investigation is ongoing to determine the extent of the suspects’ culpability, adding that they will be charged to court immediately afterward.
“The Command wishes to emphatically note, that it has zero tolerance for criminality in any part of Akwa Ibom State and will continue to do all within its powers to sustain the peaceful atmosphere of the State,” the Akwa Ibom Police boss reiterated.