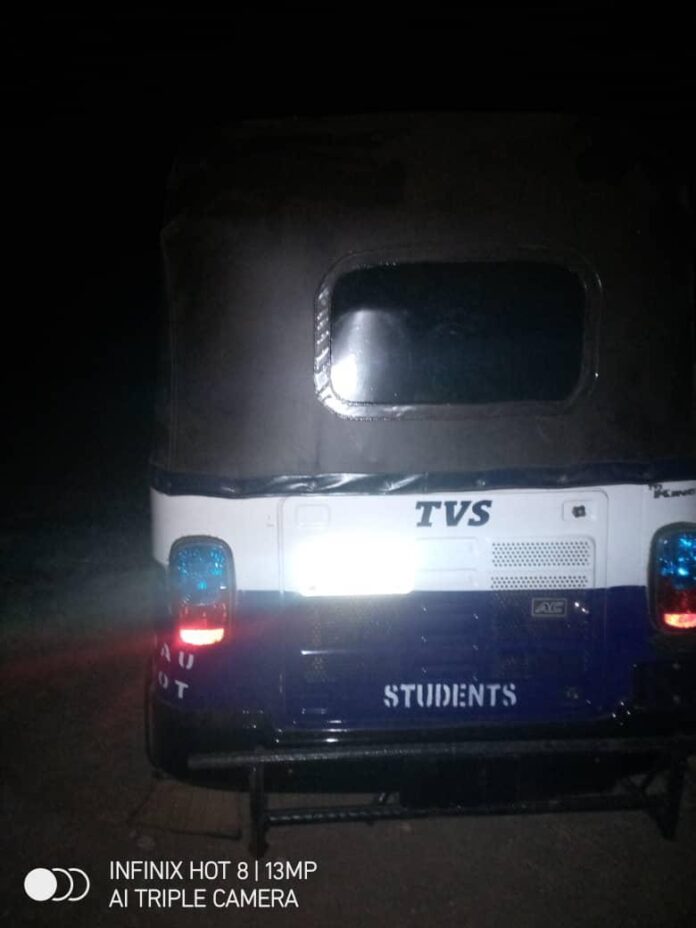 Nwadiobu was dragged out of his Toyota Sienna car, with REG NO.AWK-334-SZ, at Aroma junction, Awka by gunmen and whisked away in tricycle towards Ifite village, Awka.

According to an eye witness, the victim was forced to stop his vehicle by the gunmen and abducted at about 8:30pm

Confirming the incident, the Police Public Relations Officer in Anambra, Haruna Mohammed, said the Command received the distress call and immediately operatives attached to ‘B’ Division Awka in conjunction with a local vigilante group responded swiftly.

“Police operatives attached to B’ Division Awka in conjunction with vigilante group responded swiftly and went after the gang to a location inside an expansive bush at Agbani ifite Awka where the assailants on sighting the police abandoned their badly beaten victim who was tied with a rope and about to be murdered on a wooden stake before the arrival of the police,” Mohammed revealed.

He said exhibits recovered at the scene include a blue and white coloured tricycle with REG NO.AWK-161-VG, ID card bearing one Odinaka Anyaegbusi, also identified by the victim as one of his assailants and other incriminating items.

“Investigation is ongoing and efforts are being intensified to apprehend the fleeing suspects in order to bring them to justice. The Commissioner of Police CP John Abang appreciates Anambra residents for providing the Command with actionable intelligence and reassures the public of adequate protection. The CP further urges all Ndi Anambra and residents alike to report the aforementioned suspect or any suspicious persons to the nearest Police Station or call police emergency number 07039194332 for prompt response,” the PPRO appealed.