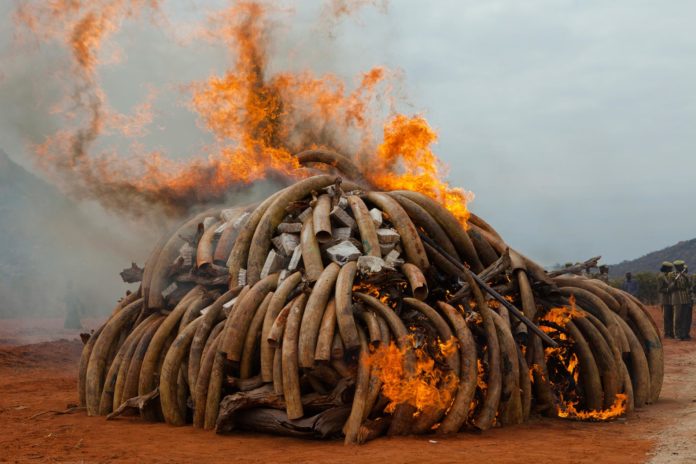 Poaching has been going in Africa well before the Slave Trade. It never stopped. Artefacts, cultural carvings and loss of different animals’ parts have depopulated the numbers. Yet, the African population has increased over the years. Lack of Population control and Planning has generated the usual problem China faced some years ago.
When you are hungry, it is hard to realize that money is not everything or that man cannot live by bread alone. However, there remain some morale boosts about the majestic message of African blood, ceremony and regalia. You have to miss donning the complete suit for a while to realize the honour it bestows on you. On the next occasions you put it on, you feel the full grandeur. Even outside Africa, folks look at you twice as someone full of culture, glory and state. You feel like a Prince or Queen.
There were Chiefs and Kings that sold slaves to Europe and America but as local raids turned against them, they were also sold into slavery. When the chiefs arrived at the sugarcane plantation, the slaves they sold could not believe it. Chiefs were scones and ridiculed by their subjects. When Jews were fleeing the bondage in Egypt, they complained that they were hungry and tired. Some slaves were indifferent with their lives and content with what they were fed in Egypt.
Fast forward, children of politicians would rather sell their talents and training that they acquired at the expense of the poor Africans to the highest bidders in Europe and America than retain the privilege of power as prince and princess in Africa. African Americans and African Europeans are now ridiculing the arrivals of the children of men of timber and calibre whose forefathers sold them into slavery. They deserted countries impoverished by their greedy fathers and mothers. How African American and Europeans wish they could have a functional country managed by the likes of Nkrumah and Marcus Garvey they could return to. They could define their own destiny as managers and controllers of socioeconomic and independent lives. The reason for the Marcus Harvey Movement.
On the other hand, are the children of the poor that have never enjoyed peace of mind, only see their parents struggling from dawn to dusk. Some of these children helped their parents sell while growing up with the hope that someday and somehow they will liberate themselves and their parents from poverty. So it is hard to blame them for taking the risk to seek better lives anywhere they can.
The lure of salaries much greater than their lower GDP countries can afford to pay, can be too much to reject even in a hostile environment. “The number of deaths recorded by consular officials suggests that Zimbabweans may constitute well over 10% of all frontline workers who have died during the coronavirus crisis” in the UK.
https://dearborn.org/315311/coronavirus-zimbabweans-particularly-vulnerable-to-covid-19-in-the-uk-embassy-warns/
Consequently, Africans are risking their lives to get out of the reality of poverty that has moved from Asia to Africa. When you have overcrowded cities being invaded by surrounding rural areas in search of better lives, the infrastructure can hardly keep up for new arrivals and locals, resulting in squalor and pockets of luxurious estates within the same cities.
The privileged competition, rivalries and ostentatious display of wealth create crimes at a rate that becomes unbearable for decent people. The more they try to protect themselves in secured estates, the more desperate the criminals become. These criminals improvise and devise new methods to make money by any means. As hard crimes increase in these overcrowded slums, pen robbers and internet fraudsters increase their activities within slums and the protected estates. Unfortunately, so are ritualists, psychopaths, pastors, imams and activists under the guise of saviours of the masses looking for relief.
Now, the local agents and foreigners taking advantage of them see desperate slave labour and the local traders ready to sell their people into the markets promising good lives for them in Britain and in the United States, their most desirable destination. Brainwashed that any life outside of Africa is “luxury”, as far as they are concerned. By the time they realize their folly, it is already too late. Even worse, these Mafia and Asma Boys ask them to call home demanding money from parents and relatives if they want to buy back or see their children again.
It is not unusual to deny oppression, discrimination and privileged class by the very victims selected as the chosen token few in exchange for crumbs. They are used as members of the same Party against their interest to sacrifice their own people. Indeed, used to defend the same policies against their people. Some Africans have joined far-Right extremist parties in Italy, Britain, USA and Canada that are hostile and demeaned Minorities or Immigrants.
Window shopping inside or outside the country in a virtual world is very intoxicating. Though educated but uninformed, those relatively poorly paid in Africa and those that think they are not adequately paid for their services ignore either Gross National Product, National Domestic Products, Median or Average Income of African countries. But those should have been taken into account before dishing such outrageous remuneration to the politicians as well. What is so important about politicians epileptic services and how much brain cells do they have that are lacking in our Engineering, Law or Medical students?
In China, more than 3,000 health workers were infected and at least 22 died. In the USA, Dr Megan L. Ranney: “It is frustrating and anxiety-producing, I was a Peace Corps volunteer. I’ve worked in resource-poor settings. I never imagined my daily practice in the U.S. would be similar to how medical workers sometimes must work in low and middle-income countries. The US pandemic may be unprecedented but it was certainly predictable. We did not have to be in this situation”
https://www.theguardian.com/world/2016/jun/02/black-nhs-staff-more-likely-bullied-than-white-colleagues
“I’ve seen what bullets do to us. I’m worried the virus will do even more,” St. Louis trauma surgeon Dr. Laurie Punch said.
https://www.ksdk.com/mobile/article/news/health/coronavirus/icu-doctor-racial-disparity-covid-19-patients-st-louis/63-d64271df-135b-4a0a-a906-157ff44db415