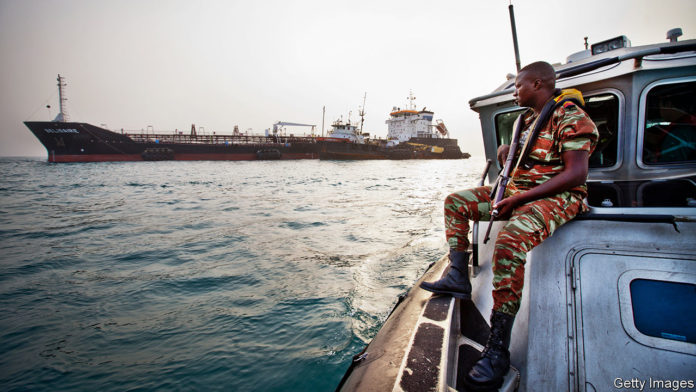 While West Africa is busy turning into the world’s piracy hotspot according to One Earth Future, which produces an annual State of Maritime Piracy report, maritime incidents in Asia are on the downward slide.

Highlights of the report, whose information is verified by the respective government agencies, also known as Focal Points, and regional authorities, include: Total of 28 incidents reported from January to June 2019, of which 25 were actual incidents while three were attempted cases

While this is also the lowest number among the 13-year period (2007-2019) of January to June, in terms of severity, there was one Category 1 incident, two Category 2 incidents, two Category 3 incidents and 20 Category 4.

Areas of Improvement: No theft of oil cargo, there was a decrease in the number of incidents at ports and anchorages in Bangladesh, Indonesia, Vietnam and South China Sea, as there were successful arrests and recovery of stolen items, case study on MT Ponier

Since 2017, the ReCAAP ISC embarked on incorporating Data Analytics into its analysis to enhance its information sharing capabilities. These data enable the Centre to conduct deeper analysis on the nature of incidents of piracy and armed robbery against ships in Asia.

Using Data Analytics, ReCAAP ISC has made analysis, in the Half-Yearly Report, on the insights of incidents on board ships while underway in the Straits of Malacca and Singapore, particularly the Singapore Strait. Some of the insights gained from the data of incidents during Jan-Jun period over the last 12 years (2007-2018) were:

In the Straits of Malacca and Singapore

Of 127 incidents analysed over the past 12 years of January-June, 115 incidents (91%) occurred in the Singapore Strait and 12 incidents (9%) in the Malacca Strait. The majority of perpetrators operated in groups of 4-6 men (40%)

In the Singapore Strait

Most of incidents in eastern sector occurred off Pulau Batam, Indonesia as bulk carriers and tankers were mostly boarded in the western sector of TSS

The newly released 2018 statistics show a decline in the number of incidents of hijacking, kidnapping and robberies in East Africa. West Africa, on the other hand, recorded an alarmingly increase in pirate attacks from 54 incidents in 2015 to 112 in 2018.

Last year, there were several cases of hijacking for cargo theft, hijacking to ransom ship and crew, kidnap for ransom, and armed robberies on vessels as well as a combination of all of the above.

The number of seafarers affected by piracy and armed robbery also went up last year. It increased from 1,726 in 2017 to 2,012, 15 percent. These seafarers were exposed to violent piracy, robbery cases involving the use of guns, knives and machetes.

As a result of these incidents, the Gulf of Guinea has become the area most affected by piracy and maritime robbery worldwide in 2018.

‘’For the most part, Nigerian pirate groups are responsible for the attacks on vessels in the wider Gulf of Guinea. Nigerian pirate groups operate and find safe haven in the Niger Delta, with several kidnapped crew members being held in captivity in the delta in 2018. Crew from the Anuket Amber, Ark Tze, FWN Rapide, and the Pomerenia Sky, 20 among others, were held captive in the delta during 2018’’, the report stated.

The report cited several reasons for the increase in attacks on shipping on high seas in West Africa. They are: Poverty, political instability, lack of proper law enforcement, a lot of targets, increase in ‘’petro-piracy’’, which is when vessels carrying oil and gas transportation are targeted. Nigeria’s rich oil and gas fields saw the most attacks in 2018, and the falling number of attacks elsewhere - The rates of piracy attacks has gone down in other notorious parts like the Somali coastline. This downward trend has helped West Africa become the world’s new piracy hotspot.

The high rate of piracy attacks in West Africa is being fought with the Obangame Express, ‘’an annual multinational exercise designed to strengthen maritime security and cooperation, information sharing, and maritime domain awareness in the Gulf of Guinea.’’  There is also the newly approved Suppression of Piracy and other Maritime Offences Bill, which got President Muhammadu Buhari’s assent on June 24, 2019.

Reacting, Director-General of the Nigerian Maritime Administration and Safety Agency (NIMASA), Dakuku Peterside, said, ‘’this is not just a victory for NIMASA, but also for all the stakeholders in the Nigerian maritime community. We are determined to continue to deliver on our promise to investors and the international community to ensure an increasingly safer and more secure environment for profitable maritime business.’’