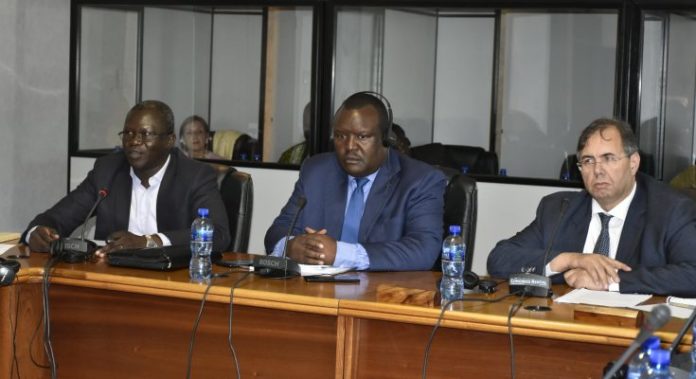 The Department of Social Affairs of the African Union Commission (AUC), has convened an awareness-raising Summit with members of the Pan-African Parliament (PAP), to tap into their crucial role in policy formulation and ensuring prevention and prosecution of Online Child Sexual Exploitation (OCSE).

According to a press release by the media unit of the African Parliament, the meeting is scheduled to take place from 28 to 29 February 2020 at the PAP’s Headquarters in Midrand, South Africa. The engagement will be held on the margins of the Sitting of the Permanent Committees of the PAP which began today and expected to end on March 7.

Online Child Sexual Exploitation is a fast-growing phenomenon affecting many countries in Africa, particularly in those countries with higher levels of internet coverage. It is exacerbated by the fact that very few African countries have legislation that provides adequate protection to children in cyberspace. This is according to research by the African Child Policy Forum (ACPF).

Members of the Permanent Committees on Health; Gender; Justice; and Rules will form part of the meeting, which will also see the participation of Interpol; International Crime Watch; ECPAT; and specialized agencies of the United Nations.

The Rt. Hon. Roger Nkodo Dang says that the issue of OCSE is relevant to the work of the African Parliament and the meeting will afford an opportunity to enhance the knowledge and capacity of PAP members to address the issue at the country level.

“The consultation with the AUC is expected to provide members of the PAP with additional tools to combat OCSE through the formulation of appropriate legislation nationally. The rise of digital technologies has benefited children especially in the areas of learning and education as well as access to information,” Dang said.

He added: “However, the growth of these technologies has also exposed our children to the dangers of OCSE. It is, therefore, our responsibility to protect them through decisive action and I hope this meeting will pave the way for strengthened solidarity in tackling OCSE.”

UNICEF has indicated that children and adolescents under 18 accounts for an estimated one in three internet users around the world.  Africa is one of the two regions where internet access is projected to grow the fastest between 2016 and 2021.

The meeting with African lawmakers follows the African Union’s First Continental Consultation on combating Online Child Sexual Exploitation held in 2019 in a bid to sensitize representatives from all the 55 African Union Member States on threats of OCSE as an emerging cybercrime and to mobilize political and country commitment.

MICHAEL JEGEDE IS A MEDIA PROFESSIONAL BASED IN ABUJA, NIGERIA