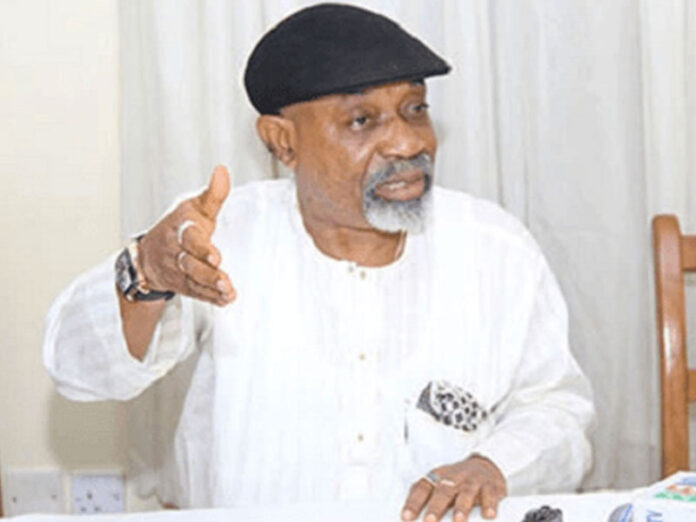 The Nigeria Labour Congress and Trade Union Congress have unmasked the reason for walking out of the meeting with the Federal Government yesterday.

In a joint statement on Monday, the unions said the government is not sincere and honest in dialoguing on finding a lasting solution to the twin issues of the petroleum price increase and electricity tariffs.

“You may recall that following our notice to the government to protest the increase in the pump price of petroleum products and electricity tariffs, the government reached out to labour not to proceed on its nation-wide protest, that was slated for 28th September 2020.

“Terms and conditions for putting the protest on hold were clearly spelt out in the Memorandum of Understanding. The conditions include fixing the existing refineries, entrusting them to efficient managements, creating an enabling environment for new refineries, and doing all positive things that would ensure enhanced and sustainable local refining capacity.

“Furthermore, Government/Labour Committee was set up to review the increase in electricity tariff.

“Nothing in the agreement gives government license to embark upon pain-inducing and life-crippling  increase in pump price of products at this difficult time.

“Indeed, the letter and spirit of the terms and conditions of the agreement presuppose that contemplation of an increase or an increase would constitute a breach of the dialogue process.

“What we reasonably expected was that government would channel its creative energies to deepening stimulus to the appropriate sectors of the economy to kickstart growth.

“Whilst the Committee was still working the government had not taken any step to revitalise the local refineries and has flagrantly refused to discuss this with the unions in the oil and gas sector as agreed.

“Government’s conduct was not only a violation of fundamental terms of its agreement with labour, it was in bad fait calculated to frustrate the process of an amicable resolution.

“At our meeting yesterday, we had prioritised as urgent this matter before delving into the issue of palliatives. However, the Honourable Minister of Labour, Dr Chris did not think it was important.

“All efforts to make him see reason failed. Given the tense situation and government’s manifest insensitivity, labour has no option other than a walk out.

“From the foregoing, it is clear that government is not prepared for a sincere and honest dialogue on finding a lasting solution to the twin issues of petroleum price increase and electricity tariffs. And this is in spite of the patriotic understanding of labour which has drawn the flak of the public which think we are not doing enough to protect their interests on the issues of petroleum products and electricity tariffs.

“We are a credible pan-Nigerian organization committed to protecting the interests of Nigerian workers and the general public. We have lost neither our focus nor resolve to act in furtherance of our members or the nation as a whole. We remain committed to this noble cause”.