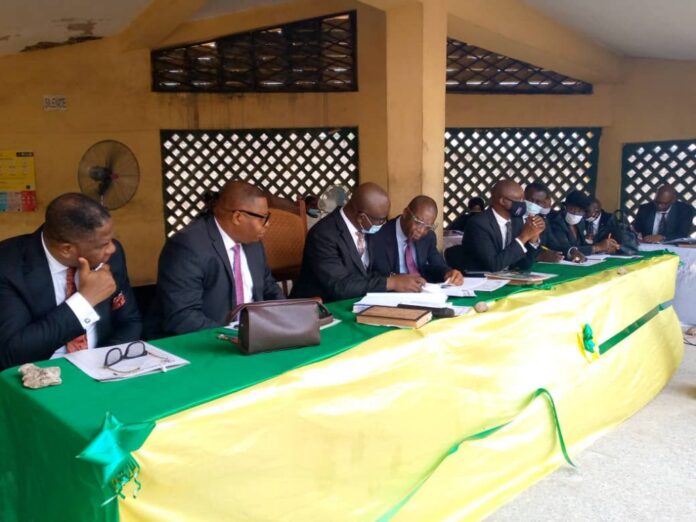 Awka – An inmate of the Nnewi Correctional Centre on Tuesday regained freedom and seven others granted bail by the Chief Judge of Anambra State, Justice Onochie Anyachebelu.

This is in continuation of the jail delivery exercise across the State aimed at decongesting Correctional centers.

In granting the bails, particular consideration was given to the aged inmates from sixty years and above, those who are severely sick, juvenile inmates, women and those who have been in the prison for a long time, especially without trial. 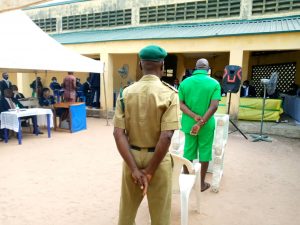 Sunday Ezenyi from Ebonyi State, Chimezie Okeke from Ihiala and Friday Nwachukwu from Umueze-Anam were also granted bail while the case against twenty-four-year old Solomon Nwadukwu from Uli in Ihiala Local Government Area was struck out and the inmate discharged.

Speaking after the exercise, Justice Anyachebelu expressed satisfaction with the process which has recorded the release of a total of fifteen inmates across three correctional facilities in Anambra State, adding that the Anambra State judiciary is committed to ensuring that the equity prevails in the judicial procedures of the state.

“The jail delivery is important as many inmates have either been held for a long time without being taken to court, while others have spent longer periods for trivial offences. Therefore this provides the opportunity to summarily look at their cases and give justice to those who deserve it,” he said.

In his assessment of the jail delivery tour, the Comptroller of Correctional center in Anambra State, Mr. Emmanuel Nwakeze, said apart from decongesting the holding centres, the process also gives a fair hearing to inmates who are trapped in prisons for minor offences.

Judges, members of the Nigerian Correctional Service, legal practitioners, representatives from the Anambra State Ministry of Justice, court registrars, among others witnessed the session.

The Chief Judge is expected to wrap up the jail delivery tour at the Nigerian Correctional Service, Awka on Wednesday.