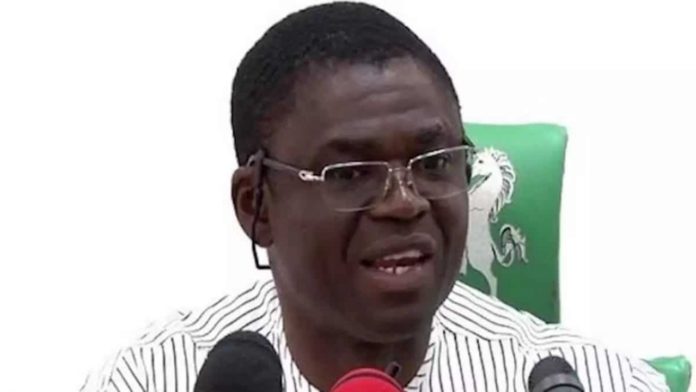 Edo State Deputy Governor, Phillip Shaibu, has spoken on his alleged arrest by security agents. Shaibu said it is untrue that he was caught with illegal arms.

His spokesman, Benjamin Atu, said this in a statement on Friday.

He accused the former national chairman of the All Progressives Congress (APC), Adams Oshiomhole, of plotting to use federal might to intimidate him and Governor Godwin Obaseki.

Atu noted: “The Deputy Governor has not been arrested but we are aware of an ongoing plan to arrest him over unfounded lies so that Oshiomhole and his cohorts will have the freedom to rig the Edo North Senatorial district election.”

“President Muhammadu Buhari has kicked against rigging of the election in Edo State, promising to congratulate whoever emerges as the winner.

“But Adams Oshiomhole and Osagie Ize-Iyamu (APC candidate) who felt betrayed by the President’s statement decided to use the back door to arrest the Deputy Governor in the name of illegal possession of arms.

“Comrade Philip Shaibu has been in active politics since Nigeria returned to Democracy in 1999 and has never been linked to the issue of an arms deal. In less than 24 hours to the Edo State Governorship election, is it today that Oshiomhole now wants to organize an arrest?

“I want to assure that Comrade Philip Shaibu can’t be arrested because the People of Edo State will resist it. Oshiomhole is planning to create unrest in the state on election day by his attempt to use the DSS to arrest the Deputy Governor.

“We are calling on President Buhari and the International community to immediately prevail and call Oshiomhole and his thugs to order to avert unrest that may follow their actions.”

Meanwhile, the Edo State governor, Godwin Obaseki, has asked God to let him lose today’s governorship election “if it will cost the blood of anybody.”

According to the governor, who will stand for re-election under the platform of the Peoples Democratic Party (PDP), his second term ambition is not worth spilling the blood of anyone.

He made the remarks in a statement titled, ‘My reelection not worth spilling of blood – Obaseki’ and signed by his Special Assistant on Media, Crusoe Osagie.

The Governor, whose major opponent is Pastor Osagie Ize-Iyamu of the All Progressives Congress (APC), urged eligible voters to come out en masse to vote, without fear of intimidation or harassment.

“Election should not be one in which we shed blood because the election will always come. If you die in an election, you will not be there in the next one to vote. So, there is no need for violence.

“There is no need for any violence and if anybody decides to act in a violent manner just walk away because our lives are very precious. I have a covenant with God; if it will cost the blood of anybody for me to get into power, he should not let me have power,” the statement read in parts. 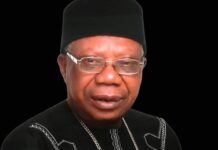 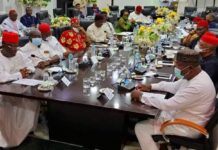 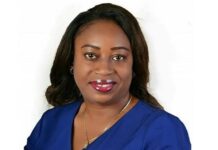