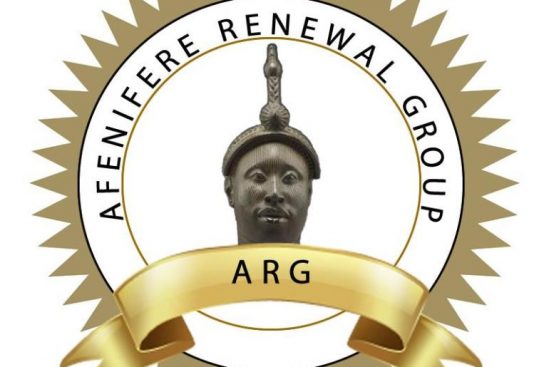 Apparently shaken by the tough stance of the Yoruba people of Western Nigeria on the killer Fulani herdsmen in their region, the Northern Elders’ Forum (NEF) has dared President Muhammadu Buhari, insisting that herdsmen living outside Northern Nigeria have to return home in their best interest.

Afenifere, a socio-cultural organisation of the Yoruba ethnic nationality had warned that the Yoruba will no longer tolerate the menace of members of the Miyetti Allah Cattle Breeders Association of Nigeria (MACBAN) in any part of Western Nigeria.

Concerned about the safety of the herdsmen, the northern elders confronted President Buhari who had earlier slammed them for urging Fulani herdsmen to return home if they felt unsafe and insecure in the southern region of the country.

Buhari’s Spokesman, Garba Shehu, had in a statement quoted his principal as saying that such a call was political and needless, adding that the president said all citizens of Nigeria were free to move and live within any part of the country they please, whether or not they are originally from there.

‘’In line with our country’s constitution, the government of Nigeria and the administration of President Buhari will protect citizens of Nigeria wherever they find themselves. No one has the right to ask anyone or group to depart from any part of the country, whether North, South, East or West’’, the statement said.

Continuing, it added, ‘’they have no one’s authority to make such pronouncements. “The polarising role of the Northern Elders Forum and all those other groups dabbling into issues of security to score cheap political points has for long been a sore point in Nigeria’s body polity.

‘’They should not be allowed to mislead anyone, least of all the Fulani herders. The Buhari administration is fully devoted to finding a lasting solution to the herder-farmer clashes in different parts of Nigeria – one that would be acceptable to all the parties involved.’’

But the Convener of the NEF, Prof. Ango Abdullahi, a former Vice-Chancellor of the Ahmadu Bello University (ABU), Zaria, is saying that he will not retract his earlier controversial statement on the matter.

Ango, as he is popularly called, was speaking while receiving former federal lawmaker representing Kaduna Central Senatorial District in the 8th Senate, Shehu Sani, in Kaduna on Wednesday.

The northern elders and the Coalition of the Northern Groups had  the previous Tuesday ordered the Fulani herdsmen to leave the southern parts of the country and return to the north where their safety and those of their cows will be guaranteed.

Sani who said the NEF statement had generated a series of controversies across the length and breadth of the country however, pointed out, ‘’the nation of ours has passed through a series of crises; it is imperative that we speak with precaution. I appeal as your son that such recommendation, or position taken by you for such demands should be rescinded in the interest of peace and progress of this country and so that normalcy returns to Nigeria and miscreants won’t see this as a reason to exploit this for their personal agenda.’’

Responding, Abdullahi said there was nothing to retract from his statement and the herdsmen should return home if their security was not guaranteed in the south, adding that governors of Eastern Nigeria had issued a statement  that,  they don’t want to see cattle on roads , but they want to see cattle in lorries  being taken to their market to buy.

Continuing, he said he was not fully quoted, maintaining that, ‘’there was an IF in my statement. I was only advising the herdsmen to return if there is no protection for them. Everything in Nigeria is politicised. In addition to politics, religion has filtered in. And now every headache you have in your house has now been caused by herdsmen. The insecurity of this country at every nook and cranny is now caused by the herdsmen. This is clearly politics.

‘’When the initial crisis started, largely from the non-grazing law established in Benue, we drew the attention of  the NEF member who was Paul Unongo to it,  that his state is about to establish a grazing law.  We appealed to him to tell the Benue government to withhold the law until we make professional inputs. By the time we finished our gathering, our findings, Benue has already started implementation and crises erupted there.

‘’At some point when things were really getting out of hand, the Vice President called Lamido of Adamawa among others and…. to see the Vice President. His appeal was on how to stop the menace as the Fulani were also fighting back. I raised my hand and reminded the Vice President that the government was not being fair in its treatment of Fulani vis-a-vis farmers.

‘’I told him that few weeks earlier after the crisis in Adamawa State, the Vice President was in Numan when the Fulani rampaged the villages in the area in reprisal to their women and children killed. I asked him that when he visited Yola, did he go to the Fulani camp where atrocities were committed and he said No, because there was no road to the Fulani settlement. This is what they are doing that clearly suggests that there is bias in the way they are handling this matter.’’

In Lagos, the commercial capital of Nigeria, one of the leaders of Afenifere, Chief Ayo Adebanjo, said the activities of armed herdsmen would have been effectively dealt with if governors had control of the security agencies in their states.

While demanding the exit of the Fulani vigilante group from Western Nigeria or risk facing confrontation, he said the marching order came on the heels of an incident on Tuesday night in which three men in a Toyota Sienna car were kidnapped by suspected herdsmen on the Lagos-Ibadan Expressway.

According to the Ogun State Police Command Public Relations Officer, DSP Abimbola Oyeyemi, the victims were on their way to Ibadan from Lagos when they were abducted around Ajebo portion of the Lagos-Ibadan expressway on Tuesday evening.

The police said on July 23, at about 8.00 pm, they received a report that some hoodlums suddenly came out of the bush at Oniworo village along Lagos/Ibadan expressway and attacked two vehicles coming from Lagos heading toward Ibadan, adding, ‘’in the process, the occupants of the vehicles scampered for safety and three of them were subsequently abducted and taken to yet to be known destination.’’

Commissioner of Police in the state, Bashir Makama, according to Oyeyemi, has deployed superior security operatives led by the Deputy Commissioner of Police in charge of Operations to the scene with the mandate to rescue the victims unhurt as well as bring the hoodlums to book, adding that the commissioner further reiterated his earlier stance that the state will never be allowed to be a theatre of operations for any criminal.

However, Afenifere talked tough after the former National Secretary of Labour Party (LP) and General Secretary of Forward Buhari, Kayode Ajulo revealed few days ago that some armed members of the MACBAN set up a vigilante group in Ondo State, mounting checkpoints along the highways.

Ajulo said he was traveling to Ondo state with armed policemen recently, when he saw armed herdsmen with their cattle and when he confronted them they claimed they were doing it with the permission of the police.

For the Afenifere chieftain, Adebanjo: ‘’The activities of Fulani herdsmen/bandits/kidnappers and other miscreants would have been effectively dealt with if the governors as chief security officers of their states had control of the security agencies. The unhelpful unitary structure in our country keeps taking its toll on our people.

‘’We are miffed that those who will not allow our elected governors have police are now setting up Fulani bandit -vigilantes on our soil in addition to the Fulani militias terrorising our land. We demand their immediate exit from Yoruba land and if they refused to leave in reasonable time, we will not stop our people from confronting them.

‘’The past few years have been troubling for our country as we have witnessed mass killings of people in the country, most of which have been linked to Fulani herdsmen/militia and the Nigerian state has not been able to dispel the allegations by unraveling the brains behind the killings and applying the law against  them.

‘’Our Yoruba region has also witnessed serial attacks from the Fulani herdsmen/militia in forms of rape of our women, kidnap of our people for ransom and killings of innocent people. The most perplexing question surrounding the killings is how cattle herdsmen end up with sophisticated weapons like the AK-47 as has been noted in different communities across Nigeria.

‘’The specter of a fully-armed Fulani herdsman is new as we used to see only herdsmen carrying sticks in our communities. That there has been no attempt to disarm these armed herdsmen  with sophisticated  but illegal weapons in the last few years have been quite worrisome as it raises serious concerns about official indifference to the murderous  activities of these elements.

‘’Instead the government has only attempted to withdraw duly registered ammunitions. Apart from not bringing them to book, this administration has taken so many steps which betray the encouragement being given to these troublers of Nigeria.’’