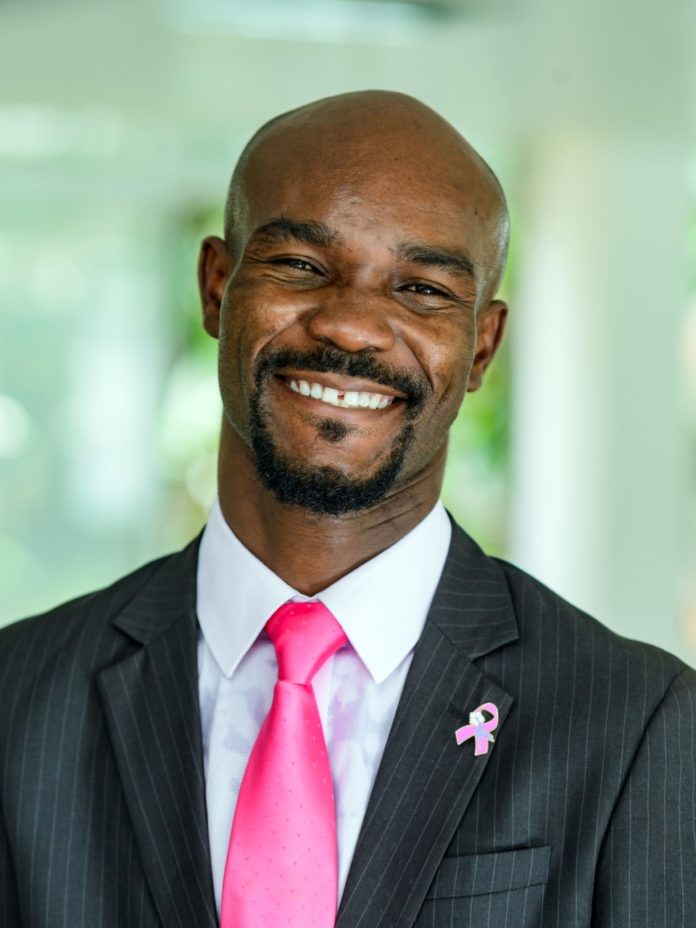 Coronavirus (COVID-19) is here to teach us a lesson; I hope we learn. Nigeria’s healthcare is unhealthy. But instead of fixing it, our rulers have been busy flying up and down to benefit from other country’s productive health system. With Coronavirus, the reality is upon us. No more running overseas for medical vacation. Our rulers cannot travel to the United Kingdom, United States of America or India anymore for medical care. These countries are also hanging on their last breath, battling to survive the COVID-19 pandemic.

In 2017, President Muhammadu Buhari spent 103 days in London receiving medical treatment for an undisclosed illness, spending taxpayers’ money instead of investing in the country’s healthcare. Thousands of Nigerians died in the same period from different illnesses. More than 3,000 women died of breast cancer, more than 2,000 women died of cervical cancer and more than 1,500 men died of prostate cancer, according to World Health Organization (WHO) figures on annual cancer mortality.

I had hoped that on his return to Nigeria, President Buhari would declare a state of emergency in the country’s health sector. Painfully, nothing of such happened. Nigeria’s budget allocation to healthcare has remained less than 5% of the entire budget for the past five years. Simply put, in 2020 the federal government budgeted N2,000 (£4.2) for each Nigerian with a total of N427.3 billion as budget allocation to the health sector while the United Kingdom budgeted £2,159.6 for each citizen with a total health budget of £143.4billion. It is the same dismal story in the states across Nigeria. Healthcare is not a priority. In some states in Nigeria, a hospital is a 20-minute boat ride and an hour-long car ride. Because many poor Nigerians do not own boats, a woman in labour could bleed to death before she reaches the hospital.

On March 22, 2018, Bill Gates, founder of Microsoft and the Bill & Melinda Gates Foundation, criticized the Nigerian government’s poor funding of healthcare in the country. In his words, “One in three children is chronically malnourished.” This tragedy has huge implications for the economy. According to the World Bank, addressing the stunting crisis in Nigeria would add almost $30 billion to Nigeria’s GDP. It is painful that despite Mr. Gates assertion, nothing has changed. Nigeria has remained one of the countries in the world with the worst healthcare system with over 60 deaths per 1000 live births. Nigeria has one of the worst cancer survival rates in the world, with only 2 to 3 cancer radiotherapy machines working at any time and less than 70 oncologists for a population of over 200 million.

COVID-19 is exposing the insensitivity of our leaders to things that matter most to us. That Nigerians are disobeying the government’s safety advice on COVID-19 is a clear reflection of citizens’ mistrust for their leaders. Many Nigerians trust their religious leaders more than they trust our political leaders. Successive governments have failed the country, and it doesn’t look like thing will change anytime soon.

Nigeria is a country where our rulers make laws today and break the same laws tomorrow. The Nigeria Centre for Diseases Control (NCDC) followed the World Health Organization (WHO) guideline and strongly encouraged all Nigerians coming from certain countries to self-isolate and monitor themselves, as a strategy to contain or to delay the spread of COVID-19. The president’s Chief of Staff, Abba Kyari, returned from Germany and instead of isolating himself, he was jumping from one state to another, attending events and meetings with different people, breaching the government’s recommendation and placing the lives of other Nigerians at risk!

Now that COVID-19 is in Nigeria we need to face it with all that we have. But can we? The Nigeria Centre for Disease Control (NCDC) is now the country’s only perceived hope. Many Nigerians have been calling NCDC hotlines, criticizing NCDC for not testing enough people. But we should face the music and not the dancer. NCDC is crippled and not well equipped to protect Nigerians from the disease.

In 2016, NCDC budgeted N3.7m for its recurrent and N248m for capital allocations. That is a total of N251.7m. Out of this, only N155m was released to the centre. In the same year, 1,166 Nigerians died of Cerebrospinal Meningitis. In 2017, the NCDC had a budget of N1.5b. Only N782m was released. In the same year, more than 120 Nigerians contracted Monkeypox and seven people died from the disease. That same year, the Presidency budgeted N77m for Aso Rock rent, N1b for trips and sitting allowances, and N94m for meals. In 2018, the NCDC had a budget of N1.9b. Only N654m was released. In the same year, N7.2b was proposed for Presidential Air Fleet. N440m was proposed for mandatory upgrade and installation of live TV and internet service in the presidential aircraft, N375m for new cabin management, N418m for the landing gears. In total, over N1b was budgeted for the presidential aircraft which is used for medical tourism and frequent trips abroad.

On November 12, 2018, the NCDC establishment bill was signed by President Muhammadu Buhari, thanks to the efforts of Senator Mao Ohuabunwa, the then Chair, Senate Committee on Primary Healthcare and Communicable Diseases. On this premise, the NCDC was empowered with legislation for its work in preventing and preparing for outbreaks of infectious diseases. Interestingly, the NCDC got the worst budget in 2019, the year following the passage of the NCDC Act. The Centre had a budget of N1.4b, but only N224m was released. In the same year, over 472 Nigerians were diagnosed with Lassa fever and over 110 people died from this viral hemorrhagic fever. NCDC cannot perform magic. They need help. Nigeria is grossly under-testing for COVID-19, the laboratories are not enough, and NCDC and its affiliate agencies do not have enough manpower and resources.

Months ago, being unwell evoked empathy; today being unwell evokes fear. The fear of COVID-19? No! It is the fear of not having access to the care that you need, the fear of absence of ventilators, the fear of a broken health system. It is the fear of death. Our political leaders have stolen from the sick through corruption. Many Nigerian governors build non-functional hospitals in their states. Usually, after the commissioning of these hospitals, all the CT Scan, Magnetic Resonance Imaging (MRI) and other medical machines—some of them fake—are returned to where they were purchased or left to rot.

Hospitals in Nigeria are some of the worst in the world. Our teaching hospitals are now museums where less than 5% of clinical trial and research is going on because of the poor laboratory. Medical tourism has, therefore, become the norm. Dubai hospitals, Saudi Arabian hospitals, etc., are advertising in Abuja and Lagos for Nigerian patients. They are recruiting Nigerian doctors, including consultants. Nigeria is not only facing “brain drain”, we are also facing “patient drain.” Our doctors and nurses work in the worst conditions. Hazard allowance for health workers is about N5,000 while wardrobe allowance for members of the National Assembly runs into millions.

Now is the time for Nigeria to confront its healthcare crisis. The Nigerian government must accept its failure. Our political leaders must brace up to their responsibility and seriously reflect on the problem their greed has brought to Nigeria. This is the time to invest in a result-oriented healthcare system. Health is wealth as the saying goes. A good healthcare system is the foundation of any nation.

If we survive COVID-19, we need to consider a law to restrict all public officials from seeking medical care abroad. It may be perceived as strict, but it will save future generations since we don’t know which pandemic would come next and when.

Let’s give every Nigerian a space to live and a not chance to die.