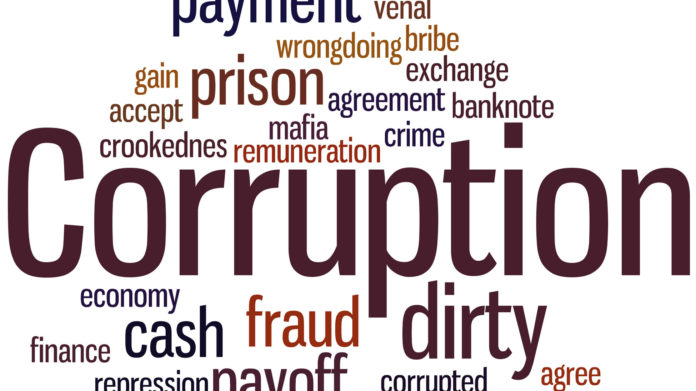 Ideally, the reintroduction of democracy in 1999 after a long spell under the military should heave a sigh of relief and usher in new ways of doing things in Nigeria, especially in the aspect curbing institutional corruption.
But 20 years down the line, the fight against corruption has become a mixed bag of successes and failures and perhaps that could be traced to strategies and policies embarked by successive administrations which yielded little results.
Corruption is a type of crime that is tight to the individual and more especially the society. Therefore, in tackling the problem, more attention should be given to tracing the root cause from the societal perspective than dealing with the symptoms where individuals have been found wanting and prosecuted.
By the way, a US based Global Financial Integrity based on data from World Bank and IMF, once said a total of $182 billion was siphoned from Nigeria between 2000 and 2009.
Also, President Buhari, had at one time put the amount of funds looted in the 10 years to 2015 at $150 billion.
His Information Minister, Lai Mohammed had also stated that recoveries between May 29, 2015 and May 2016, including interim forfeiture (cash and assets), amounted to N3.4 trillion.
These are few statistics that have characterised the fight against corruption under the Buhari administration.
Top government officials and at least three former governors- Joshua Dariye, Jolly Nyame and Orji Uzor Kalu are presently in jail as a result of corruption.
In fact, bearing the enormity of the problem, President Buhari once noted that corruption “will kill Nigeria if we don’t kill corruption”.
As a matter of fact, this perception was even amplified by a United States Independent research organization, the Fund for Peace, which ranked Nigeria as one of the most fragile states in the world, meaning Nigeria risks being a failed state. In its 2017 ranking, Nigeria was ranked the 13th least stable country in the world.
Interestingly, one of the risk factors or indicators of a failed state is widespread institutional corruption, of which the President had adduced could “kill Nigeria”.
Meanwhile, successive administrations have only managed to deal with the issue through legal and administrative approaches. These approaches are very simplistic, cosmetic and far from dealing with the root cause.
The establishment of the ICPC, EFCC, Code of Conduct Bureau and Tribunals, Special Courts on Corruption, Whistle Blower Policy, Name and Shame policy and so on, are strategies and policies adopted to deal with corruption.
Some of these anti-corruption institutions have recorded successes in prosecution of offenders while some of the policies have been marred with controversies which have led to their untimely death. An example is the whistle-blower policy which came and fizzled out with the initiator of the policy, former Finance Minister, Kemi Adeosun-herself a casualty of the anti-corruption fight.
Besides that, the fight against corruption has suffered a lot of setback as a result of political interference and judicial rascality by lawyers and judges.
In its editorial of September 2017, The Punch newspaper says, “103 high profile cases of mostly politically exposed persons and recurrent fresh discovery of hidden funds and assets have been stifled”. It therefore advocated for special courts on corruption.
The little successes recorded however calls for a change of approach.
Instead of chasing corruption, we must endeavor to “kill” it and that is only possible if we are able to trace the root factor and device certain structural and institutional reforms in the system.
For instance, the cost of governance is very high. In fact Nigerian politicians are some of the highest paid in the world. Why they earn these bogus allowances is difficult to ascertain. But it is a reality that while Nigerian politicians are the highest paid in the world, they are also the most pressurized.
Politicians have often complained of how they had to struggle to cater for the demands of their constituents. Our politicians face immense pressure from constituents, family members, political associates and godfathers and so on.
“Stomach infrastructure” or hand-outs are already part of our political culture and it is almost impossible for these politicians to meet the people’s demand without taking those bogus allowances or engaging in extra deals. That could be a factor responsible for corruption in high places and the arbitrary allowances politicians enjoy.
Therefore, is there any way we can cut cost of governance and channel the monies towards human and infrastructure development rather than empowering a few?
It’s high time we go back to a unicameral legislature because the double chamber system we copied from America in 1979 is simply not in tune with current economic realities even though it may be politically expedient.
The logic behind checking corruption through reduction of cost of governance  is that if political office is made unattractive, the politicians would have little money to flaunt thereby eliminating pressure from their constituents and political associates. Then the monies could be used to improve on the lives of the constituents.
This is possible if the Laws governing electoral office are changed in line with prevailing social and economic realities.
What has happened to the Gabriel Oronsanye committee which was commissioned to advise government on how to reduce cost of governance?
The Buhari government is to be commended for  measures aimed at checking institutional corruption, like the sustenance and enforcement of the Treasury Single Account (TSA), the Integrated Personnel Payroll System (IPPIS) and others. This has been able to check leakages and illicit transactions by personnel in the public service. As a result trillions of naira were saved.
It is high time government looks at reforms of the political system by restructuring certain institutions like the Presidency, National Assembly, State and local government, as a way of checking corruption. The current status quo has only created the leeway for those in government to benefit outrageously at the expense of the masses.
As a result, the country bleeds and might be heading towards the infamous failed state that many have envisaged.