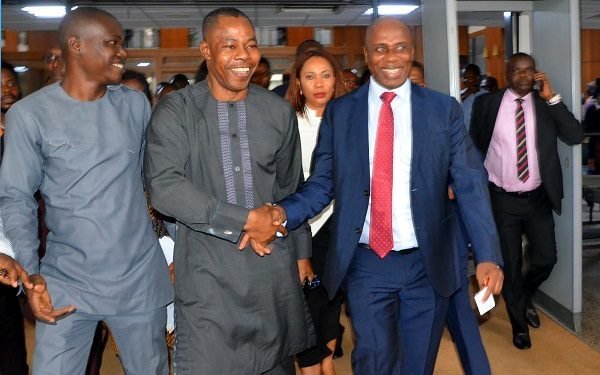 For most Nigerian youths today, there is just no way of analyzing the list of 43 ministerial nominees, by President Muhammadu Buhari, without arriving at these separate but similar thoughts.

First, apart from the disproportionately skewed list screaming with evidence that youth’s political highway remain slippery, rough, and riddled with potholes and hopelessness, the list eloquently laid bare an ingrain falsehood of Mr President’s promise in 2015 that he will work with the youths. And raised the question as to; why Nigeria youths  are daily celebrated at the world stage, but at home, relegated to the political gallery where they are made to watch the scheme of political and socio-economic affairs of their own nation.

In the same style, not only did the ministerial list make nonsense of the seemingly gains of the not-too-young-to run campaign embarked on by the youths on July 2017, which   brought about the amendment of some sections of the Nations’ constitution to accommodate youths desirous of seeking political or elective positions,  what is now left at this stage, of course, is the question of the extent to which youths should draw political lessons from the episode  or  whether to continue exerting power on inglorious political functions they are reputed for without result.

Certainly, in my views, if there is a sterling lesson the youths must draw from the asymmetrical structure of the ministerial list, it is the new awareness that thuggery, and other illicit political functions at the polls cannot guarantee a political position for the youths. Rather, what guaranties political appointment and position is the possession of a keen sense of independence, self-respect and oneness, and insistence on choosing the right people as leaders during the election.

To explain, throughout the period of 2019 general election, the Nigerian youths hobnobbed and romanced these politicians without knowing that our political leaders are experts in adopting the tactics of the coquette.  ‘A tactic that makes the public fall in love with excitement while these leaders remain inwardly detached; while keeping them in control.

What the youths must learn from this exclusion is that to gain relevance politically, they must develop the will to work out their political salvation by recognizing‘that there is little hope until they become tough-minded enough to break loose from the shackles of prejudice, half-truth and downright ignorance.

Regardless of whether the appointment in that particular order was made by Mr President to achieve a particular purpose—such as tackling the nation’s troubled economy, insecurity, unemployment or improvement of power generation, the truth is that looking at the list, such lopsided architecture cannot justify the argument as it was made up of familiar names that did not spectacularly perform during Mr. President’s first term.

However, the above is not to suggest that this non-appointment of the youths to political positions in the country is limited to the present administration or just happening for the first time; as no administration in Nigeria can boast of clean hands.  The challenge may exist in ‘overt and glaring forms among the Buhari’s administration but may have existed in the hidden and subtle’ manner in others.

In my views, all these are happening because Nigerian youths apart from playing visionless politics, they are in the words of Professor Wole Soyinka  full of spunk abroad, but gas at home. Coupled with the reality that our nation is unfortunately blessed with a huge number of ‘coercive’ and selfish leaders as against truly ‘democratic, pace setting and coaching’ leaders.

As an illustration, like a prophet that was supernaturally informed of it and supernaturally moved to announce it, I recall writing a piece dated August 2017 and titled; Nigerian Youths; celebrated abroad and despised at home,were pointed out  that the Nigerian government right from independence has evidently proved not to be interested in, or paid adequate attention to supporting youths involvement in politics or holding of public offices, but are merely concerned with clarifying the problem of youths apathy in politics without the solution. I also in that piece submitted that the only twist to that narrative is that youths have visible but ignorantly endorsed these underground plots through their actions and inactions.

Conversely, political pundits have  argued that the youths should not be blamed for their  inability to occupy political or leadership  positions in the country, be it elective or appointment, but blamed  on the nation’s inglorious departure from politics of ideas to money politics or what is currently  referred to  as the politics of the highest bidder which the youths have no financial muscles to partake in and therefore settled for the easiest option at their disposal which is praise singing or what is referred to as ‘’Otinkpu’’ in the Igbo local palace” .

Despite the virtues and attributes of the above positions, I still hold an opinion that the bulk of the blame rests at the doorstep of the youths as the list of political actions not taken was lengthy and worrisome.

As an incentive, if the youths had during the build-up to 2019 general elections, identified the areas which really hold the key to political success, and apply the right mix of resources, make collaborative efforts and discipline, they should have been able to put themselves in a position of real competitive superiority using their demographic advantage.

To, therefore, catalyze the process of reversing this appalling trend, and form a force that must not be ignored, Nigerian youths must first understand the threat fear poses for reason. They need to remember that under ‘right circumstances; fear can trigger the temptation to surrender to a demagogue promising strength and security in return’. The just-concluded general elections and current political appointment stand as vivid examples.

Finally, Nigerians youths must not continue to agonize over such developments but wake up and do something civil and positive. On their part, our leaders should not live under the illusion of a misguided cleverness but should ‘study history, study the actions of the eminent men, to see how they conducted themselves and to discover the reasons for their victories or their defeats so that they can avoid the later and imitate the former’