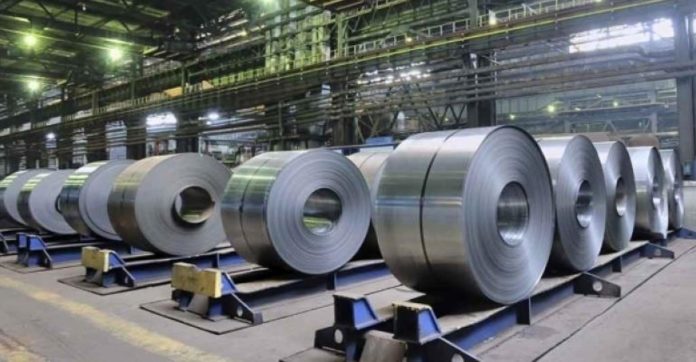 The Galvanised Iron and Steel Manufacturers’ Association (GISMA), has urged the authority of the Standard Organization of Nigeria (SON), to address the germane issue of curbing the importation of substandard galvanized roofing sheets into the country.

GISMA also alerted the Federal Government that if in 30 days’ time, SON and other security agencies failed to abate the menace of substandard roofing sheets in the market, its members may be forced to offload about 20, 000 workforce into the labour market.

Spokesman of GISMA, Mr. Lateef Bello, in a statement on Wednesday, advised SON to always compliment the strides of President Muhammadu Buhari in the fight against corruption in compliance with the Industrial Roadmap Revolution (IPR).

He noted that despite the presence of State Coordinators of the agency nationwide, “it is saddening that the nooks and crannies of the country are flooded with substandard roofing sheet products.”

According to him, “We are aware that the Standard Organisation of Nigeria, (SON) held a press conference last week and unveiled its successful seizure of substandard aluminium sheets worth over N200 million from various aluminum companies in Uyo.

“SON in its address further confirmed that the minimum thickness of aluminum roofing sheets is 0.4mm. The substandard products with the quality of 0.25mm were however imported into Nigeria at the detriment of unsuspecting members of the public.”

He condemned SON over its attempt to divert the attention of Nigerians away from its responsibility of providing holistic atmosphere for Steel and Iron Manufacturers stressing that Aluminium roofing sheet is a smaller fraction of the total market.

“SON has been silent about the illegalities going on in the endemic smuggling of galvanised plain and coloured roofing sheets in Nigeria. We are categorically requesting that names of perpetrators of such unpatriotic acts should be made public in order to reflect transparency and accountability in their operation.

“It is our expectation that SON should censor some of its officials suspected to be collaborating with smugglers of substandard products by mounting surveillance and detective operational techniques across its branches nationwide.

“Importation of substandard products is tantamount to waging war against the Federal Government’s policies of discouraging the supply of illicit items capable of causing havoc and short-charging the citizenry.

“Sparing anyone involved in this dastard acts amounts to aiding and abetting corruption and exposing the nation to ill-infrastructural deficit and challenges.

“There is need for the Federal Ministry of Industry, Trade and Investment and SON should investigate if the fine imposed on the offenders is commensurate with the weight of the offence committed.

“Questions begging for answers: Was the fine imposed in accordance with to the statutory permission or was the fine imposed after the arraignment of culprits before a competent court of law for gross economic sabotage and flagrant contravention of Nigerians laws against substandard products?

“Also, why the imposition of fines on substandard goods which should be confiscated and later to be destroyed?

“We hereby request that SON should not only announce the seizure of the items but rather make arrest and parade the suspects before the general public and prosecute them adequately. Publish their ownership details, business names and contact addresses in the media.

“This will further serve as a deterrence to others who venture into unlawful businesses. This will also break the jinx of ‘cartel’ which exist within the system,” he said.