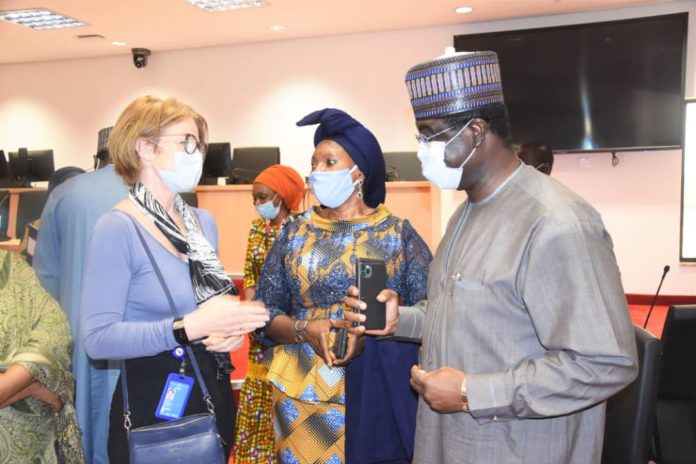 Minister of State for Budget and National Planning, Prince Clem Ikanade Agba, says that the Nigerian government is committed to the global effort at decreasing violence against women and girls by intensifying collaboration with international partners in the fight against the scourge.

Agba restated the commitment on Friday in a welcome address he delivered at the first bi-annual meeting of the National Steering Committee for the Spotlight Initiative in 2020 held in the auditorium of the United Nations’ House in Abuja.

The Spotlight Initiative specifically backs a national action to end violence against women and girls amid the COVID-19 pandemic while the Initiative’s National Steering Committee provides overall strategic policy and political direction on the implementation of the spotlight programme.

The Committee is also responsible for improving coordination and accountability in the three-way partnership among the United Nations (UN), the European Union (EU) and the Government of Nigeria.

Agba said, “Decreasing violence against women and girls requires global solidarity, a multi-pronged approach, and sustained engagement with multiple stakeholders,” adding “I, therefore, wish to restate the government of Nigeria’s commitment to all agreed international obligations in this regard.”

The minister recalled the cases of the 22-year old microbiology student at the University of Benin who was on May 28, this year, reported to have been raped, brutally assaulted and later died; and, the 18-year old student of the Federal College of Animal and Production Technology, Ibadan, Barakat Bello, who was on June 1, this year, also reportedly raped to death in her home after returning from Qur’anic lessons.

According to him, “incidences such as these make it imperative for all stakeholders to do everything possible to ensure that women and girls in Nigeria have the right to live in dignity and free from violence.”

Agba said that the European Union/United Nations Joint Spotlight Initiative, therefore, represented a veritable tool for such a partnership.

“Let me at this point, on behalf of the Government of Nigeria, express our Country’s gratitude to the European Union (EU) and the United Nations (UN) for their joint efforts at eliminating all forms of violence against women and girls, as well as other initiatives that are targeted at achieving gender equality and women’s empowerment, in line with the 2030 Agenda for Sustainable Development,” he stated.

The minister further said that the Spotlight Initiative aligned with Nigeria’s national priorities as encapsulated in the Economic Recovery and Growth Plan (ERGP) 2017-2020, whose successor plan, the Nigerian National Development Plan had, as an important pillar, ensuring that women issues were very well captured. 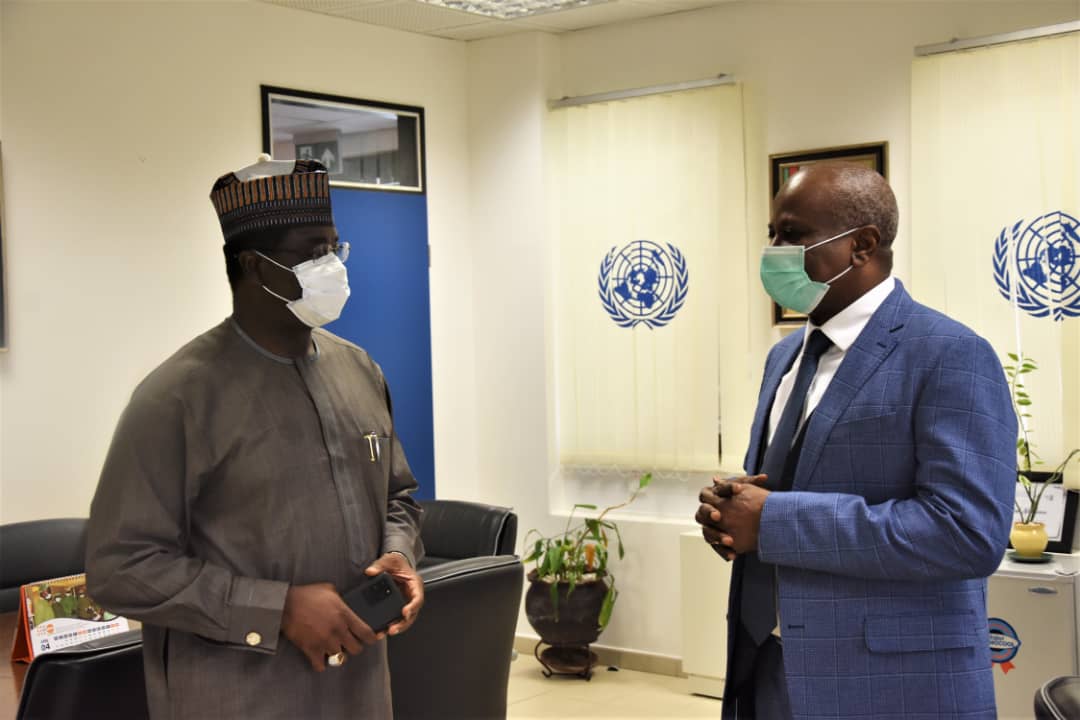 Agba declared that the administration of President Muhammadu Buhari had, in the last five years, worked hard to address some of the issues confronting the nation in the area of violence against women and girls.

He assured Nigerians and other stakeholders that the government intended to build on the gains of the past to conclude the work of changing, in a fundamental way, all issues relating to violence against women and girls.

Minister of Women Affairs and Social Development, Dame Pauline Tallen, acknowledged the support that Nigeria had received from the Spotlight Initiative and urged all hands to be on deck to achieve a desirable outcome.

EU Ambassador to Nigeria and Head of Delegation, Mr Karlsen Ketil, said the committee identified the need for more encouragement at the state level and for scaling up high-level actions.

Ketil said that the current national outcry over different rape cases provided a momentum for immediate action and called for a nationwide virtual town hall meeting to discuss the issue with members of the public on the way forward.

“We look forward to continuing these conversations to help transform the Spotlight Initiative into a concrete and result-oriented flagship programme”, he stated.

UN Resident and Humanitarian Coordinator of the National Steering Committee meeting for the Spotlight Initiative, Mr Edward Kallon, said “with the Spotlight Initiative, we are in a position to do more than just connecting victims with services and hoping for the best,” adding that, “although, immediate protection of survivors of Gender-Based Violence (GBV) is essential, so too is addressing the systemic challenges that perpetuate violence, gender inequality and injustice.”

Coordinator of Spotlight Initiative, Hadiza Aminu Dorayi, stressed the need for all stakeholders to stay actively engaged and “work together to successfully implement the Spotlight Initiative to eliminate all forms of violence against women and girls by 2030 in line with the Sustainable Development Goals (SDGs).”