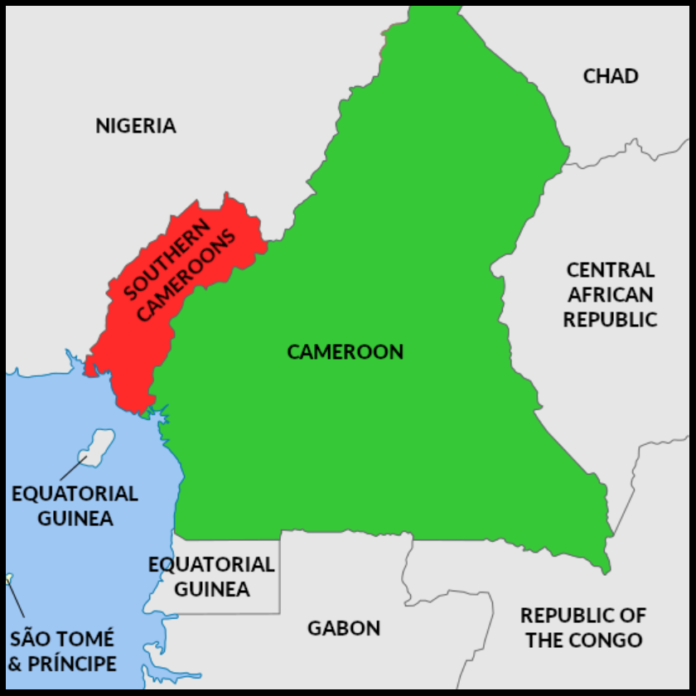 A total of 24 local council areas in the states of Adamawa, Borno, Taraba and Cross Rivers, as well as the Gashaka Gumti National Park, Mambilla Plateau and the Obudu Cattle Ranch, may be ceded to the proposed UNO state of Cameroon which is waiting to be declared a sovereign state on July 10, 2020.

According to findings by The News Chronicle, some of the local council areas to be ceded in the affected states include: Bama, Gwoza, Ngala, Kala/Balge, Dikwa in Borno state. Madagali, Michika, Mubi North, Mubi South, Mayo/Belwa, Toungo, Ganye, Serti, Hong, Jada, Maiha, Jada in Adamawa state, Kurmi, Sardauna and Gashaka in Taraba state

According to the Google map of UNO State of Cameroon, comprises northern and southern Cameroons, The Guardian reports.

Twenty four Local Government Areas in the Northeast, Nigeria are being demarcated to form Northern Cameroons.

The ceded councils to Northern Cameroons include, 24 councils in Borno (five), Adamawa (12) and Taraba (seven) states.

The UN has also kept an eagle-eye watch on Northern and Southern Cameroons; since Obasanjo and Biya signed the documents on respect of

Secretary-General of UN, Antonio Guterres has since 2018 commenced the process of sensitization towards the July 10 date of creating the UNO State of Cameroon, the report further stated.

Scoops from the social media page of one Kimbi Ngala Mohammed Diallo, a citizen of Ambazonia (former British Southern Cameroon), says the proposed nation would have 20 million people, with a landmass of 86,214 square kilometres .M

Meanwhile, The President of Cameroon, Mr. Paul Biya, has ordered the withdrawal of soldiers of la Republique du Cameroun from the south part of UNO state of Cameroon in line with a request by President of the United Nations General Assembly, Ali A. Treki on May 20, 2020.

This, The News Chronicle learned, is preparatory to the declaration of the new nation by the UN, according to Prof. Martins Chia Ateh, the UN workshops coordinator.

“You will be surprised to note that it is only now that the soldiers of la Republique du Cameroun are being withdrawn from the southern part of UNO State of Cameroon. I should be getting back to you once the United Nations finishes with an official announcement on the existence of UNO State of Cameroon to the international community,” he told The Guardian.