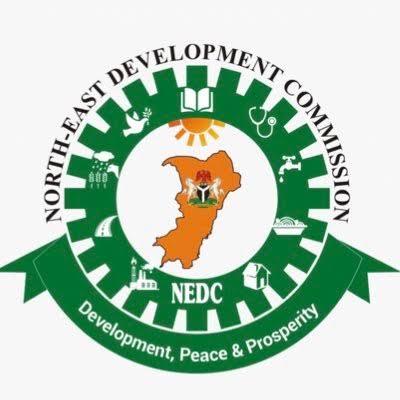 The North East Development Commission (NEDC) says it will be executing 224 projects in the education, health and water supply sectors of the volatile Northern Nigeria region.

This is coming as the House of Representatives’ Committees on, Finance, Procurement and NEDC are probing an allegation of N100 billion misappropriation at the Commission.

Federal legislators took the decision while adopting a motion brought under matters of urgent national importance by the Minority Leader, Ndudi Elumelu.

The call for the investigation of the NEDC came as the House concluded an investigation into alleged financial recklessness at its sister agency, the Niger Delta Development Commission (NDDC).

NEDC was established in 2017, after the bill establishing the commission was passed by the two legislative chambers. On October 25, 2017, President Muhammadu Buhari assented to the bill and signed it into an Act.

The core mandate of NEDC, “among other things”, is to “receive and manage funds from allocation of the Federal Account, international donors for the settlement, rehabilitation and reconstruction of roads, houses and business premises of victims of insurgency as well as tackling the menace of poverty, illiteracy level, ecological problems and any other related environmental or developmental challenges in the North-East states.”

The Act provides for a Governing Body, comprising a Chairman, a Managing Director and Chief Executive; three Executive Directors (one from each member state not being represented by the Chairman of the Board, the Managing Director and the representative of the North-East zone), one person each to represent the six geo-political zones of Nigeria; and one person to represent the Federal Ministry of Finance; and Budget and National Planning.

While moving the motion, Elumelu alleged that corrupt practices in the agency include high handedness by the managing director, Mohammed Alkali, inflation of contracts, awards of non-existent contracts, massive contract splitting and flagrant disregard for the procurement laws in the award of contracts.

“The N100 billion so far disbursed to the commission by the federal government is said to have vanished under a year without any visible impact on the refugees nor any infrastructural development credited to the name of the commission in the whole of the Northeast.”

He said the managing director and his close associates were alleged to have diverted funds from the commission to buy choice properties in highbrow neighbourhoods of Abuja, Kaduna and Maiduguri.

“There are allegations of how the minister of humanitarian affairs and disaster management, Sadiya Farouk was said to have entered into an unholy deal with the managing director of the commission to illegally withdraw the sum of N5.00 billion from the account of the commission to purchase military vehicles without any recourse to the board, an act which completely disregards the country’s procurement laws and must be seriously frowned at.

“Though, disturbed that the managing director single-handedly procured all coronavirus materials, and supplies to the tune of N5.00 billion without an approval from the board, there is also another massive corruption scheme on the verge of being implemented in the name of housing scheme in Maiduguri without the board’s knowledge.”

He said the consistent abuse of procurement laws if not put to check may defeat the purpose for the establishment of the commission, hence the need for an urgent investigation.

There has been massive displacement of people in the Northeast as a result of the activities of Boko Haram insurgents, where houses, schools, mosques, churches, farmlands and businesses were destroyed and people rendered homeless and jobless.

In the meantime, NEDC’s Managing Director, Mohammed Alkali, who made the planned projects known in Maiduguri, the Borno State capital, while receiving a delegation of North-East Support Group (NSG) led by Dr. Mali Gubio, the Secretary of Borno Elders’ Forum.

“NEDC is set to initiate two projects in each of the 112 local government areas of the six states in the region”, he says, adding that the projects to be executed are in the education, health and water supply sectors of the region.

“As we have 112 local government areas in the region, we want to execute two projects in each council area. I know the commission cannot achieve 100 per cent, but if we achieve 77 per cent, it is good’’, he said, pointing out that in each of the 1,058 wards of six states, five students are to be selected and awarded with University Scholarships.

“Every year, we’re going to pick five persons in each of the wards to go and study in Universities. The commission will be awarding University scholarships to 5,290 qualified students. We are trying to establish Information and Communication Technology (ICT) centres across the region”, he said.

While he said the training and empowerment of youths could enable them pickup their lives, after the decade long insurgency, he pointed out, ‘’we will thereafter; go to those who cannot go into academic line; to undergo vocational training.

“We will take another 5,000 people for vocational and skills training. Every year; about 15,000 students will benefit from the awards of scholarships. As we go on; we will look for those who want to do their Masters or PhD degrees.

“This problem can’t be solved because their parents cannot afford the school fees and other departmental charges, before they graduate. One has to take up the challenge for a few years. We are going to develop schools and teachers because if you build schools without teachers forget about it.”

He notes that development is not just to build structures, but investments in human resources that could impact on peoples’ lives.

Earlier, Gubio said the expectation of 22.7 million people the commission is catering for is high, due to increasing level of poverty in the North-East axis of Nigeria.

He is, therefore, tasking the commission to do more on youth empowerment and capacity building.