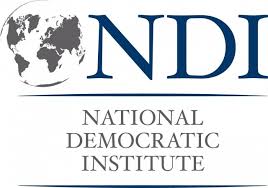 National Democratic Institute (NDI) has started a new initiative aimed at changing the face of politics by shifting the focus from being exclusively on women as the sole agents in their own empowerment.

The initiative is known as Men, Power and Politics. It seeks to engage male political leaders as transformative agents of change for gender equality.

According to NDI, women in politics face both formal and informal barriers to their participation, but one of the greatest obstacles facing women in politics is ideas about gender, and the social expectations and personal attitudes and behaviours to which these ideas give rise.

‘’In many societies, it is still the case that power – especially, political power– is associated with men and masculinity. Such patriarchal gender norms have led to the continued marginalisation of women from political life, as well as their exclusion from organisations that are engaged in democratic politics’’, the Institute says.

Continuing, it adds, ‘’to date, many democracy and governance programs to increase women’s political participation and leadership have focused on building the individual capacity of women, responding to their rights and stated needs and demands.

‘’Other programmes have focused on targeted interventions to increase women’s political participation and leadership, and to advance gender equality issues in the policies and processes of political institutions such as civil society organizations, electoral management bodies, political parties and elected bodies.’’

Yet, despite this, women are still prevented from demonstrating their abilities as leaders by the inequitable allocation of power in all our societies, and an antiquated belief that politics is “men’s work.”

The Men, Power and Politics programme guidance is a tool to engage male political leaders as transformative agents of change for gender equality.

It focuses on men, political power and gender norms in order to restructure political organisations for gender equality as part of organizational development and political strategy.

This approach represents a diversion from the aforementioned democracy and governance approaches, with an intentional focus on promoting equitable social norm change as a key factor in program success

In a series of linked exercises, facilitators and programme implementers enable the development of support for norm change in male political leaders.

First, male political leaders are given the opportunity to personalise issues of gender; to understand their own disproportionate power and privilege, and the impact this has on their lives, their families and their communities.

Second, the participating political leaders are encouraged to professionalize this new understanding by applying it to how gender norms impact broader political contexts and political organisations.

Third, the approach supports men to leverage this increased understanding of gender norms to strategise how to achieve organizational change and broader gender equality efforts in ways that are accountable to women.

The programme guidance provides tools that democracy and governance practitioners and gender equality experts can use to incorporate this approach into comprehensive programs to promote women’s political participation.

It consists of three main sections following a standard program cycle: Preparation, Implementation, and Monitoring and Evaluation. It also includes Key Concepts and Additional Resources for the understanding and application of the approach.

Technology is increasingly used as a necessary tool in development programmes across the world, and gender transformative change initiatives are no exception.

Online learning can provide many advantages, particularly when it comes to increasing inclusion and participation to traditionally marginalized populations. Participatory online learning can positively affect participants by actively engaging them through collaboration and sharing. This is critical for training programs that seeks to transform social norms, attitudes, and behaviors.

NDI has created the Men, Power, and Politics online guidance to provide a clear and concise method for facilitators of gender-transformative programming to effectively run programs with male political leaders in a virtual space.

The online guidance combines online training and social norms best practices to adapt the Men, Power, and Politics approach for delivery in small group online sessions establish an intimate environment and safe space where men and women feel comfortable reflecting on and speaking freely about topics related to gender norms.