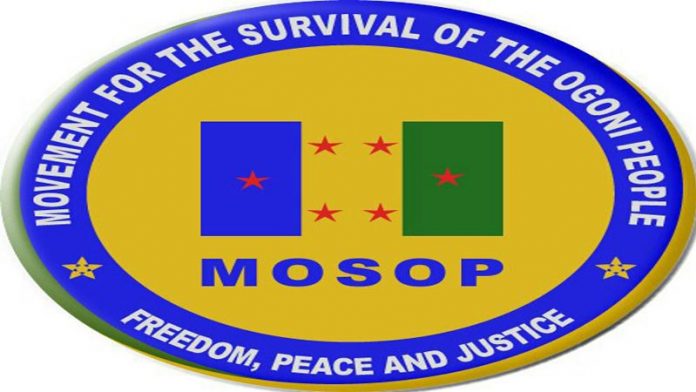 The Movement for the Survival of the Ogoni People (MOSOP) is calling for a commission of inquiry into the worrisome pipeline vandalism and illegal oil refining in the Ogoni axis of the troubled Rivers State in a bid to unravel an alleged deep connivance between security operatives and criminals gangs.

A factional General Secretary of the Ogoni mass movement,  Monday Neeka Ziinu, a church deacon, said in a statement, ‘’we are convinced that an investigation will unravel and justify the reasons why illegal oil refining have flourished in the Niger Delta despite efforts to halt the illicit business.’’

While urging the authorities to enhance Police effectiveness in Ogoniland to checkmate incidences of criminality which MOSOP said can be achieved by establishing more stations and Police stop and check points throughout Ogoniland, they also called on the Nigerian military authorities particularly the Nigerian Army to exercise some restrain in the handling of the crises involving some bandits and security men in Ogoni.

According to Ziinu, MOSOP is deeply concerned about the lives and properties of innocent community dwellers especially the residents of affected communities including Gio and Kira in Tai Local Government Area, K-Dere and B-Dere in Gokana Local Gvernment Area of Rivers State and other adjourning communities affected by the crisis.

Continuing, he said, ‘’while we strongly condemn the action of pipeline vandals and the effects of their actions on the environment, we feel that the army cannot criminalize entire communities for the crimes of a few which they have aided.’’

MOSOP is however, appalled by the alleged unrestricted military action as they are maintaining that the action of pipeline vandals could not have been conducted so profoundly without the cooperation of security men in Ogoniland.

‘’We regret that our earlier warnings were neglected leading to a deteriorating situation. It is indeed disappointing that the government through HYPREP have recently encouraged these illegal activities by turning a blind eye despite the full knowledge of those involved in the illicit business.

‘’The seeming unrestricted flow of weapons into all parts of the country also clearly indicates the failures on the part of those who manage our security system and their capacity to protect Nigerian citizens’’, MOSOP said.

The Ogoni group is therefore, calling for an overhaul of the security operations in the Ogoni area to focus on crime detection and prevention rather than waiting until things get out of hand and then unleashing violence against the innocent citizens and residents whose living conditions are already very pathetic.

While sympathising with the families of the soldier and other security personnel who reportedly lost their lives in the crisis, MOSOP urges the military to realise that their ultimate responsibility is to protect lives and properties, adding, ‘’we are aware that the criminals sought are not the same persons suffering the brutality of soldiers and so we are considering the military crackdown as misplaced and therefore should be halted.’’