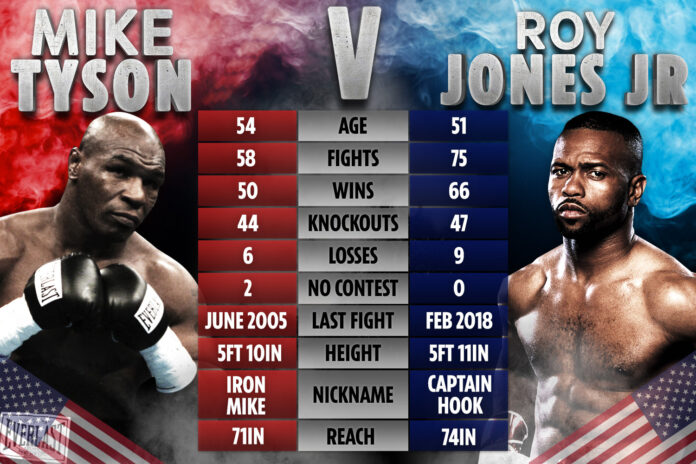 The exhibition match between Mike Tyson and Roy Jones Jr on Saturday in California looks like it would be less exciting even as the guidelines for the bout have been released.
The California commission being cautious of the age of both Tyson (54) and Jones (51) placed rules on the bout to prevent situations from going out of control.
Rules for the Tyson vs. Jones eight-round exhibition on Saturday:
Rounds lasting only 2 minutes instead of 3
No knockouts
Match to be halted if either fighter cut
No winner announced
12 oz gloves
No judges
Reacting to this development is UFC president, Dana white who said: “There’s no knockouts? They’re not allowed to knock each other out?”
“How do you enforce that? I’d like to bet that doesn’t happen. You can’t even bet on this fight? I did not know that. I don’t even know what to say about that.”