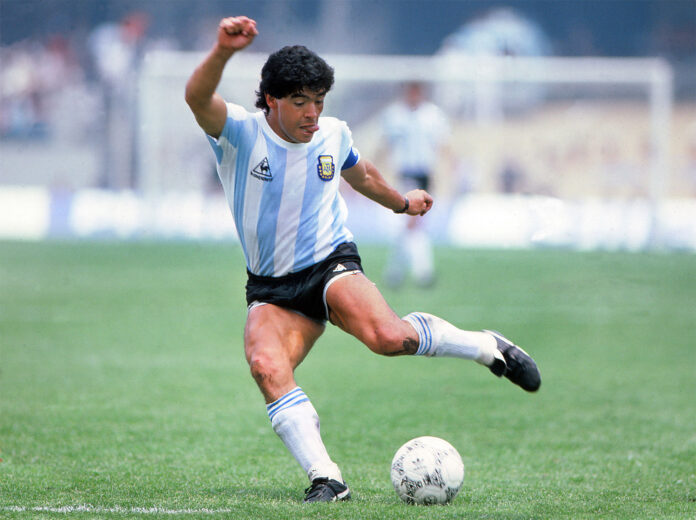 Argentine legend Diego Maradona has died of cardiac arrest.
The 60-year-old was recently discharged from the hospital after he had undergone surgery as regards the blot clot in his brain.
According to reports, he had a heart attack in his home which led to his death. He died on Wednesday which makes it two weeks after he left the hospital.
Diego Maradona was famous for his ‘hand of God’ which saw England out of the 1986 world cup and his brilliance later helped Argentina win the world cup that year.
He played club football for Boca Juniors, Napoli, and Barcelona.
The news of his death was confirmed by his lawyer and people from all around the world have started paying their respect to one of the best to ever grace the world of football.