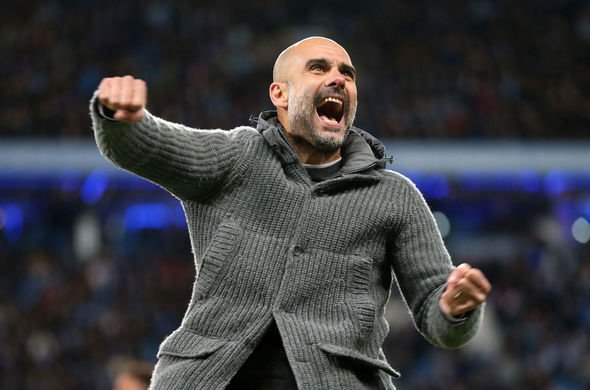 Man City came from behind to win 4-1 away to Brighton on Sunday’s final day of the season, a result that meant the reigning champions finished just a point in front of second-placed Liverpool, who won 2-0 at home to Wolves.

Guardiola in a statement congratulated Liverpool and thanked them for pushing Man City to increase their standards.

“It’s incredible, 98 points, to go back-to-back. We made the standard higher last season and Liverpool helped us — to win this title we had to win 14 (league games) in a row. We couldn’t lose one point.”

It’s the toughest title we have won in my entire career, by far.” He said.

Sunday’s result meant Liverpool’s wait for a maiden Premier League title – their last domestic championship was in 1990 – goes on, although they could yet win the Champions League if they beat Tottenham Hotspur when the English rivals meet in a Madrid final on June 1.

Liverpool forward Mohamed Salah, whose 22 goals this season made him a joint-winner of the Premier League’s golden boot award, said the Anfield club would challenge again next term.