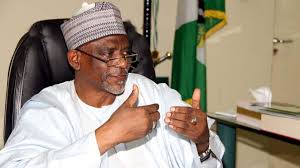 Education is not only the backbone of every society but it is the source of happiness and unity of a society, and it is inline of this importance, a Nigerian proverb symbolized education as the taste of life.

Education is one of the pillars of any country’s progress and it is in accordance to this reason Nigerian government since independence keeps promising to make education sector very conducive and compulsory to the citizens of Nigeria.

The first indigenous government of Nigeria for knowing the values of Western Education continued with the doctrine and policies of the colonial masters of providing full free and compulsory education to Nigerians. Though, the system of compulsory and full free education in Nigeria did not lasted for many years just like the first democratic government of Nnamdi Azikwea. In 1963 Agunyi Ironsi with his clique of the four majors toppled the government of Zik and in the process murdered, Sir Ahmadu Bello Sardauna and Sir Abubakar Tabawa-balewa.

As the African proverb says soldiers come soldiers go but barrack remain the same. Education in Nigeria continued to shine its glory on the bases of the founding fathers of the country till the era of Ibrahim Badamasi Babangida when his military government imposed payment for education.

The policy of Ibrahim Badamasi Babangida set the backwardness of education in Nigeria with much deteriorating impact on the Northern region of the country. Though, after the returned of unhitch democratic government  in Nigeria in 1999 many states governors chose different policies to promote education in their states.

All through from 1985 to 2015 education was given little considerations with many hiccups of strikes and inconsistent curricula of learning, the worst of it, is entrusting education under the custody of incapacited and quack teachers that made the system ill and unprogressive which the retrogressive effect gave birth to half-bake of personnel.

The past government before President Muhammadu Buhari have made the sector of Nigerian education a home of illiteracy where those that supposed to be the learners are made the teachers. Kaduna state is a case of reference as in 2018 exactly 22,000 teachers that failed the primary six examination test were flushed-out from the system.

The achievement of the government of President Muhammadu Buhari in education is realized through the vision and determination of the Minister for Education in the first level of the All Progressive Congress Government and the first level cleared the way for building a very strong educational system in the country.

Malam Adamu Adamu as the Minister of Nigerian Educational sector from 2015 to 2019 has rekindled the hope of the Nigerians yearning and aspiration in putting back the rumble blocks of education for Nigeria to stand on its faith of progress because the system was at its verge of collapse when President Muhammadu Buhari made the best choice of anointed Malam Adamu to proper solutions to the falling standards of education in the country.

In his passionate interest to wind the back of the time, Malam Adamu Adamu not only made primary education free and compulsory in the 36 states of the federation but also re-introduced free feeding to the pupils as it used to be during the first era of Nigerian governance. The re-introduction of the programme from its take up in 2016 UNICEF-supported the system as its maintained that the feeding programme will promote enrolment of pupils and improve qualitative education. The Federal Government’s National Home-Grown School Feeding Programme (NHGSFP) feeds over 9.8 million pupils daily in 32 states of the federation. 53,000 public primary schools are fed with one free, nutritious meal a day, while the programme engaged over 106,000 cooks in the 32 states to reduce the tempo of unemployment in the country, one good thing about the feeding programme is that the government also provides bowls and spoons for pupils.  In Jigawa alone the Federal Government provided aluminum bowls and spoons for 13,482 primary school pupils in Birniwa Local Government Area.

Not only UNICEF applauded the vision of the Minister for Education, Malam Adamu Adamu but The Center for Social Justice and Equity and Transferency (CESJET) scored the government of Muhammadu Buhari high on education. The Centre made the commendation from its Secretary Ikpa Isaac in appreciating the effort of the government for reducing the customary strikes of the academic unions.

The N-Power programme has empowered the system of education and assisted many states to incorporate their educational manpower to structure a viable educational system in the country to meet the vision of UNESCO that said in 2015 that Nigeria needed 200,000 teachers to meet teaching standard in the country. The federal government to toe the line of professionalism and heed to the advice of UNESCO recruited 500,000 N-Power personnel to boost the educational and other sectors in 2016 while in 2018 the second batch of the N-power employed 300,000 Nigerian graduates into the scheme.

Another good development that yielded robust result in the ministerial services of Malam Adamu is reducing the occurrences of academic strikes in the country. Primary school teachers’ Union in Nigeria though staged some solidarity strikes in the country for only accusing President Muhammadu Buhari’s government and state governors for not allowing quacks and incapable sacked teachers in the country to continue ruining the educational glory of the country. ASUU and ASUP are only posing threats to the present government on the failure of the past government that didn’t fulfilled their promises but played cards with them because on August 17, 2017, ASUU declared an indefinite strike to remain the Buhari’s government the failure of the past presidents that dragged their legs while the positive side of Malam Adamu Adamu was taking the bull by the horn to carter for the needs of the academic staff and wipe away their long cascading tears .

Malam Adamu Adamu in his methodology of developing education harnessed all the synergies to imbibe the spirit of smooth running of  education in the country and to correct the malady of other Nigerian institutions that are bedeviled with inconsistency and many strikes. The minister charted a transformational way to breed transparency and make capable and experienced administrators to steer the leadership of some institutions that were bedevilled with so much fracas. Kaduna Polytechnic that has been a feuding institution with frequent strikes is turned to peaceful and progressive Polytechnic with Professor Idris Muhammad Bugaje as the rector. The case of Kaduna Polytechnic was synonymous with Lafiya State Polytechnic and the Lafiya Federal Polytechnics. The resolution of allowing competency to reign in higher schools’ leadership exhibited the quality leadership status of Malam Adamu and without doubt he believes that setting good records in life is better than gold and silver.

Malam Adamu Adamu is a panacea to Nigerian education and with him as the Educational driver of Nigeria, education will continue to reclaim its glory no matter the journey because in slow but steady the new system will replace the deteriorated system because the President promised to revive the educational sector and to continue improving the welfare of teachers in the country when a delegation of Arewa House Centre visited him at the Villa. The president stated that he will continue to improve the standard of education in the course of making Nigeria a viable and strong nation that can compete with the developed countries in the world, and surely giving Malam Adamu Adamu another second chance to deliver as the Minister for Education in Nigeria has testified that the president meant his words for given the work to the one that the cap fit already.