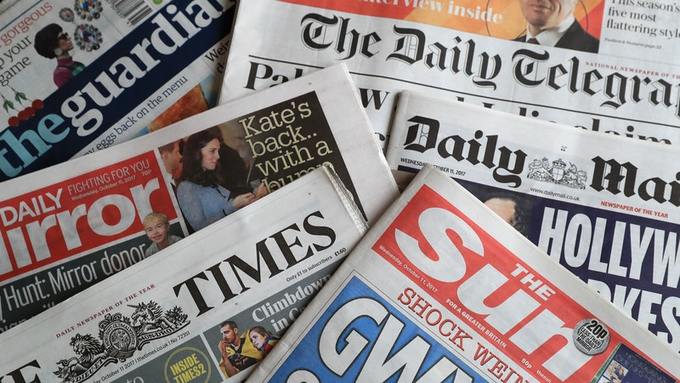 The Presidency revealed yesterday that the second-term inauguration ceremony of President Muhammadu Buhari on May 29 will be a low-key event. It also noted that most of the events scheduled to hold during the inauguration ceremony will now be moved to the first observance of June 12 as National Democracy Day.

The African Action Congress (AAC) has suspended its National Chairman and Presidential candidate Omoyele Sowore. The announcement was made by the party’s National Executive Committee (NEC) at the end of its meeting in Abuja yesterday.

President Muhammadu Buhari has declared that he will relinquish power if the Election Tribunal declares his opposition Alhaji Atiku Abubakar as the winner of the 2019 elections. It will be recalled that President Buhari of the All Progressive Congress (APC) defeated Atiku who ran under the opposition party, Peoples Democratic Party (PDP).

The Federal High Court sitting in Abuja has slated June 3 for the commencement hearing challenging the appointment of Mohammed Tanko as the acting Chief Justice of Nigeria (CJN). The trial judge fixed the said date after striking out an exparte application seeking to serve the Acting CJN with court processes in the matter after been withdrawn by the applicant and the plaintiff, Chief Malcom Omirhobo.

The Acting Inspector General of Police (IGP), Mohammed Adamu, has hailed the Special Anti-Robbery Squad (SARS) as the most successful unit in the history of the Nigerian Police Force. The News Chronicle can report that Adamu made this known yesterday in Benin-City during the commencement of a three-day Human Rights Training Programme for Officers of SARS in Edo State.

Governor of Kano State, AbdullahiGanduje yesterday presented the staff of office to four new emirs in the state. The News Chronicle understands that the swift move by the Governor to break up the Kano Emirate was a result of restricting the power of Sanusi II, emir of Kano.

Governor of Lagos State, AkinwunmiAmbode stated that he has become a lot wiser now while playing party politics in his four years’ experience in office. The Lagos State Governor made this know while paying a “thank you visit” to President Muhammadu Buhari yesterday in Abuja.

The Joint Admission and Matriculation Board (JAMB) said it had remitted a total of ₦5 billion to the Federal Government’s account after the conduct of the Unified Tertiary Matriculation Examination (UTME) 2019. This was stated by JAMB’s Head of Media and Information, Fabian Benjamin in the weekly bulletin of the Board titled ‘JAMBULLETIN’.

Nigeria Super Eagles captain, John Mikel Obi has confirmed that he will play a part in this year’s African Cup of Nations in Egypt. Nigeria who have been paired in Group B of the competition this summer will play matches against Burundi, Madagascar and Guinea who also feature in the same group.

Nigeria can end importation with the right investment in science and...