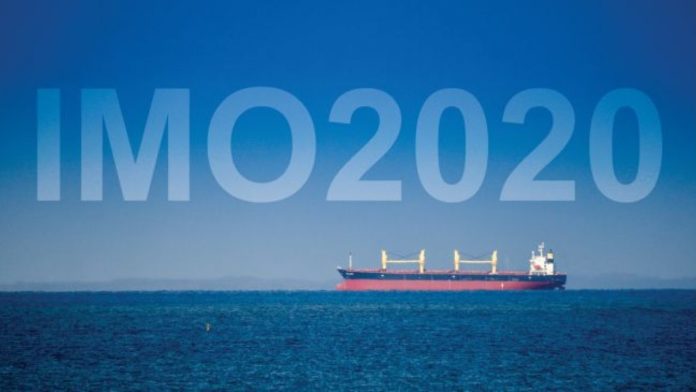 The leading independent provider of information, benchmark prices, and analytics for the energy and commodities markets, S&P Global Platts has reported that the low sulphur regime of the International Maritime Organisation (IMO) which is also known as IMO 2020 is disrupting multiple market segments.

But, the pace of change, according to Platts, varies. That in itself appears to be causing more disruption.

In the last quarter of 2019, the High Sulphur Fuel Oil (HSFO) price collapsed and is likely to stay weak. Already, 0.5% sulfur bunker fuel (VLSFO) prices have increased rapidly, and are now said to be steeply backwardated and trading at effective parity with marine gasoil.

This indicates that the industry is straining to supply sufficient quantities of VLSFO despite drawing upon stockpiled low sulfur components from floating storage.

Diesel cracks were strong in early October but then disappointed relative to expectations in November-December. One reason prices have not responded so far is that marine gasoil (MGO) demand did not increase as quickly as VLSFO in the fourth quarter, partly due to the use of stockpiled VLSFO to cover early adopter shippers, which preferentially chose to use VLSFO when it was priced at a discount to MGO of more than $50/mt before firming in H1 Dec.

With VLSFO unable to fully cover demand, MGO demand will increase. At the same time, near-term refinery production for middle distillates will be below expectations due to lower refinery runs (weak sour refinery margins, more outages) and less yield shift towards distillates (with weaker diesel-gasoline price spreads so far and more distillate included in VLSFO production at narrower MGO-VLSFO spreads).

And distillate inventories are currently on the low side of normal. Together, these factors will tighten global diesel/gasoil balances, draw stocks and drive diesel/gasoil cracks substantially higher in H1 2020.

Diesel-HSFO price spreads reached $50/b in Q4 2019 in Europe, the widest in 12 years (it broke above $50/b for six months in 2008 with crude averaging $115/b.) With HSFO weakness to persist and diesel expected to strengthen, further widening of diesel-HSFO spreads is possible in H1 2020.

Later, in the last quarter of 2019, more typical crude grades started to see wider differentials such as Ekofisk up and Urals down versus the Dated Brent Strip. But sour grades for Asian refiners will be slower to respond as they are mostly priced on monthly formulas which tend to lag, OPEC has agreed to cut production, and there are fewer ready alternatives for Asian buyers with Atlantic Basin sweet grade economics hindered by higher freight costs and steep Brent backwardation.

With these price changes, refinery margins have drastically changed. Refiners producing low sulfur fuel oil are seeing strong margins -– very near the peak levels seen over the last several years. But refiners running sour crude and making HSFO are in some cases seeing very poor margins. For Asian simple and medium conversion capacity, in particular, sour margins are near their lowest levels in 20 years. This will change refinery behavior and that will drive sweet-sour crude differentials wider.

Trade flows are also changing, with the largest shift likely to be increased sour crudes/residual feedstocks placed into deep conversion coking refineries in other regions (US, India, and China). These trades are just getting geared up now and have yet to show up substantively in import statistics. But the economics are very supportive as high sulfur residual molecules are pricing themselves to find new homes outside of the bunker market.

Many more changes are yet to come as prices, logistics, and trade have not yet reached their new equilibriums with IMO 2020. And then later in 2020, it is likely to start to ease into reverse as more scrubbers are added to the fleet, new refinery capacity ramps up, and the industry gains experience with making VLSFO/destroying HSFO.