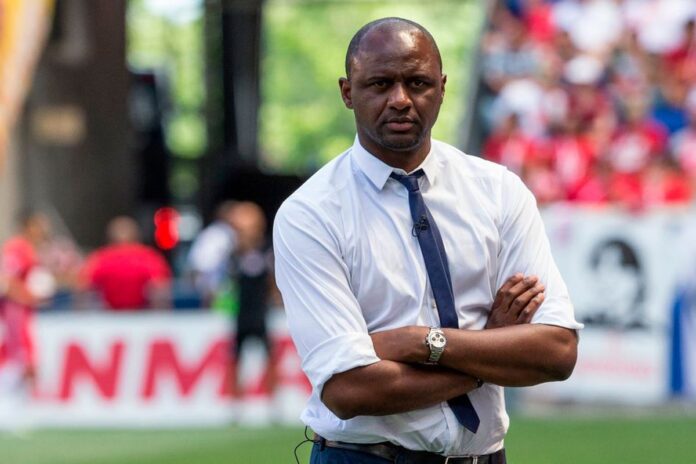 Ligue 1 club, Nice have sacked manager Patrick Vieira after a poor run of form in five consecutive matches in which they’ve suffered defeat in all, including their exit from the UEFA Europa League.
The French side are 11th in the league table after 11 games and they also lost 3-2 to Bayer Leverkusen on Thursday which saw them crash of the UEFA Europa competition.
Patrick Vieira guided the club to a fifth-place finish in the league last season, but his performance this season has been far from expectation.
According to reports, assistant coaches Adrian Ursea and Frédéric Gioria will both take up the management of the team until a new manager is appointed.