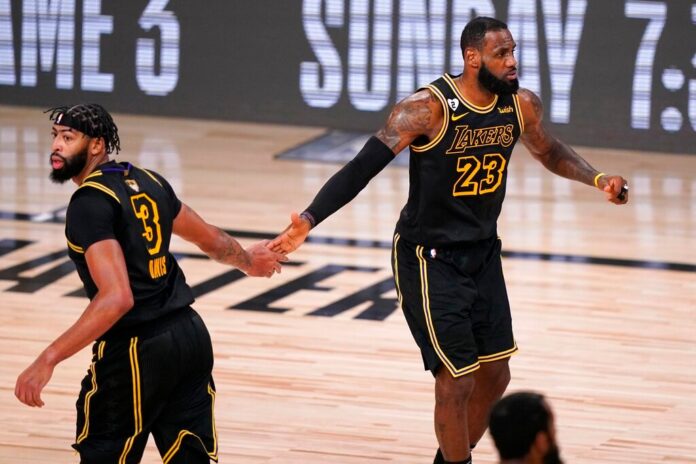 LeBron James took another step toward his fourth championship title on Friday.

This was after the dominant Los Angeles Lakers clinched Game 2 over the Miami Heat 124-114 to extend their lead to 2-0 in the NBA Finals.

The Lakers seized the early momentum to put up nine three-pointers in the first two quarters for a 14-point head start at halftime.

Miami struggled to fill the void left by two of their biggest playmakers, point guard Goran Dragic and forward Bam Adebayo, who left Game 1 with injuries and were not able to play on Friday.

While teammate Anthony Davis continued his stellar run in his first-ever NBA Finals, rolling over Miami’s defense for 32 points and 14 rebounds.

“It’s a great team that we’re playing and we understand that,” James said in an on-court interview after the game.

“We understand that they put you in some really tough positions offensively.”

The Lakers face the Heat in Game 3 on Sunday.