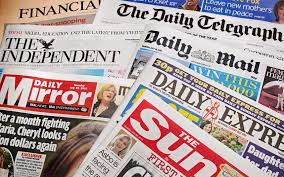 Outgoing Governor of Imo State, Rochas Okorocha yesterday said that his current political battles were only preparing him to assume the role of President of Nigeria. The Governor made this known while speaking against the backdrop of the withholding of his Certificate of Return as the Imo West Senator-Elect by the Independent National Electoral Commission (INEC).

The former Minister of Police Affairs and All Progressive Congress (APC) Bauchi Governorship Aspirant, Yakubu Lame has died. The News Chronicle can confirm that the politician died in the early hours of Sunday at Nizamiye hospital, Abuja after a protracted illness.

A Private university in Accra, Ghana has awarded the top scorer in this year’s Unified Tertiary Matriculation Examination (UTME), Ekene Franklin Ezeunala with a scholarship worth $40,000. The College Senior Admissions Manager (Nigeria) noted that the scholarship would cover tuition and boarding during the duration of his programme at the university.

The Governor of Zamfara State, Abdulaziz Yari Abubakar of the All Progressive Congress (APC) has accepted the verdict of the Supreme Court nullifying the elections of the state APC candidates, conducted in 2019. The Governor stated that he and his party loyalists have accepted defeat.

The Independent National Electoral Commission (INEC) will this week issue Certificates of Return to all candidates of the Peoples Democratic Party (PDP) in the 2019 elections. The decision was taken after an emergency meeting held by the leadership of the Commission following the verdict from the Supreme Court last week Friday.

Nigerian Sports Minister, Solomon Dalung, has questioned the International Association of Athletics Federation (IAAF) over the ‘missing’ $130,000, accusing the Association of blackmail after the body gave Nigeria an ultimatum to refund the money it was paid in error.

Pope Francis on Saturday stated that abortion can never be excused no matter the situation. The Pope further noted that even when the fetus is gravely sick or likely to die, abortion is still unacceptable.

Wife of the President of Nigeria, Aisha Buhari, has faulted the $16 million spent by the Federal Government of Nigeria as counterpart funding for the purchase of mosquito nets. The News Chronicle can report that the First Lady expressed reservations over the $16 million counterpart fund expended on mosquito nets during an interactive session with women at the State House over the weekend.

Adamawa State Governor-elect, Alhaji Ahmadu Fintiri has expressed his readiness to step on toes to address the pressing and challenging issues ravaging the state. The Governor-elect insisted that he would not mind offending some section of people in the state just to bring to a halt the level of injustice against the people of the state.

The Ebonyi State Ministry of Sports and Youth Development is set to probe the emergence of Senator Obinna Ogba, representing Ebonyi Central, and other contestants for the State Football Association elections. The Ministry noted that it had already set up a 5 man panel to probe the Senator.